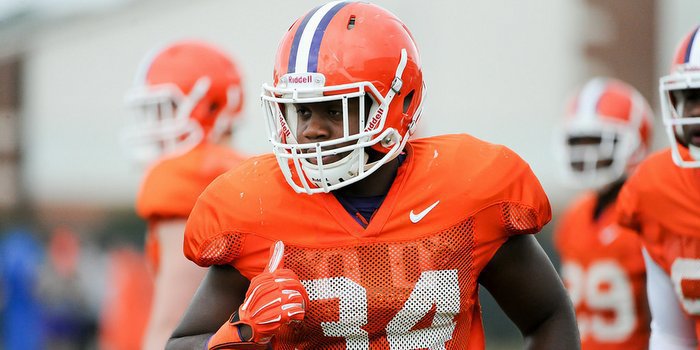 Joseph, a middle linebacker from nearby Belton, arrived on Clemson’s campus in 2014 and found his path to playing time blocked by some dude named Stephone Anthony. Joseph redshirted in 2014 and was poised to take over a starting role following a solid spring, but injuries derailed those plans and he sat back and watched Goodson turn into the team's leading tackler and earn a second-team All-ACC selection.

“That was the main thing, was learning. It wasn't my time, and it wasn't in God's plan,” Joseph told TigerNet last week. “Injuries are a part of the game. I got hurt, but B.J. was a great leader, and I got to watch him and how he ran the defense and led. I had to take a step back. I still came to work every day, but I learned the defense and learned how everything works.”

Joseph played just 68 snaps last season, but he said the time off allowed his body to completely heal and forced him to become even more of a student of the game.

“I feel great. I am good. One hundred percent. I am working on leading and coming out every day and giving everything I've got,” he said. “I'm still learning the defense - you can never learn enough of Brent Venables' defense. There is always something to learn, and when you are playing the MIKE, you need to know as much as you can. I am still learning every day and trying to learn the small things.” 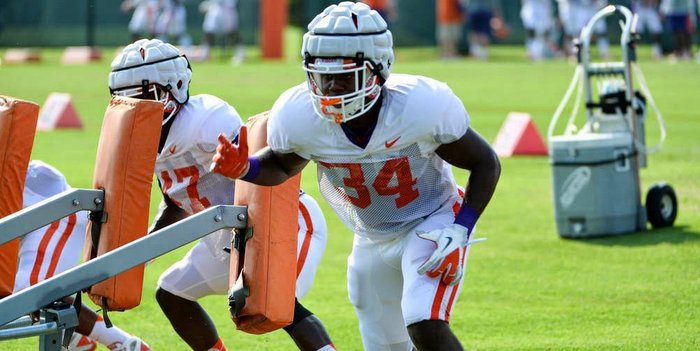 Joseph doesn’t have a clear path to the starting job – he’s being pushed by true freshman Tre Lamar and redshirt freshman Chad Smith.

“It's great. First off, they are both physical specimens. They are both huge. I am a little short guy, and I have to sit there and look up at the tall guys,” Joseph said. “But they are great guys, and they come to work every day. They are learning - it's not easy learning Coach V's defense but they have a great attitude, and you can tell they want to be great. Eventually, they will be great because they come to work every day - they push me, and I can push them, so it works great.”

Venables not only likes what he’s seen about of Joseph this spring – he liked what he saw last spring when he thought Joseph was the best middle linebacker on the roster.

"It wasn't even close," Venables said. "Kendall Joseph was our best Mike. But when he got back he hadn't been able to do anything in the weight room. He lost power, lost strength, lost mobility and at the same time, you get rusty, too."

“I have just stepped in and learned the defense, and there were great linebackers here when I got here, like Stephone Anthony,” he said. Coach Venables is a great coach, and his defense is designed to make great linebackers. I am not great but I've bought in, and I work hard every day. I just want to be the best player I can be. I am instinctive, and I fly to the ball. At the end of the day, that's my job.”