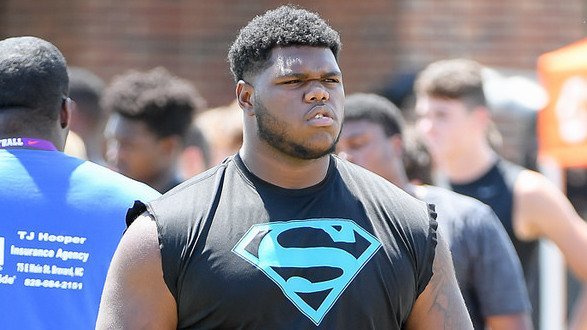 Belk was ranked as the No. 21 overall player in the nation by Rivals.com

Clemson head coach Dabo Swinney announced Wednesday that freshman defensive lineman Josh Belk will transfer from the Clemson football program. The native of Fort Lawn, S.C. entered Clemson in January 2018 as an early enrollee and participated in spring practice and the spring game.

“It's my understanding that Coach Swinney gave Josh his unconditional release yesterday afternoon,” Mitchell told TigerNet. “It was something that they had talked about for a couple of days. In Josh's family, there are some health issues going on, and it's not my place to say more than that. It was something that was causing him to go back-and-forth quite a bit, and it was becoming more and more of an issue.”

However, Belk said that he is looking at all of his options.

"It's not something I expected," Belk said. "Nothing bad against the university or coaching staff. I appreciate everything and them taking their time out to coach me and give me the opportunity. But sometimes things just happen and you have to move on."

Belk said South Carolina and Tennessee contacted him, and he has spoken on the phone with USC compliance and with Gamecock defensive line coach Lance Thompson.

"He was just like make sure I make the right decision and they would love to have me," Belk said. "And basically just saying the same thing with recruitment. I'm still looking," Belk said. "I'm still talking to my family and praying and making sure everything falls into place."

Belk said he will wait until August before enrolling at his new school. Between now and then, he plans to keep himself in football condition.

Take a look at Clemson's scholarship breakdown with Belk transferring