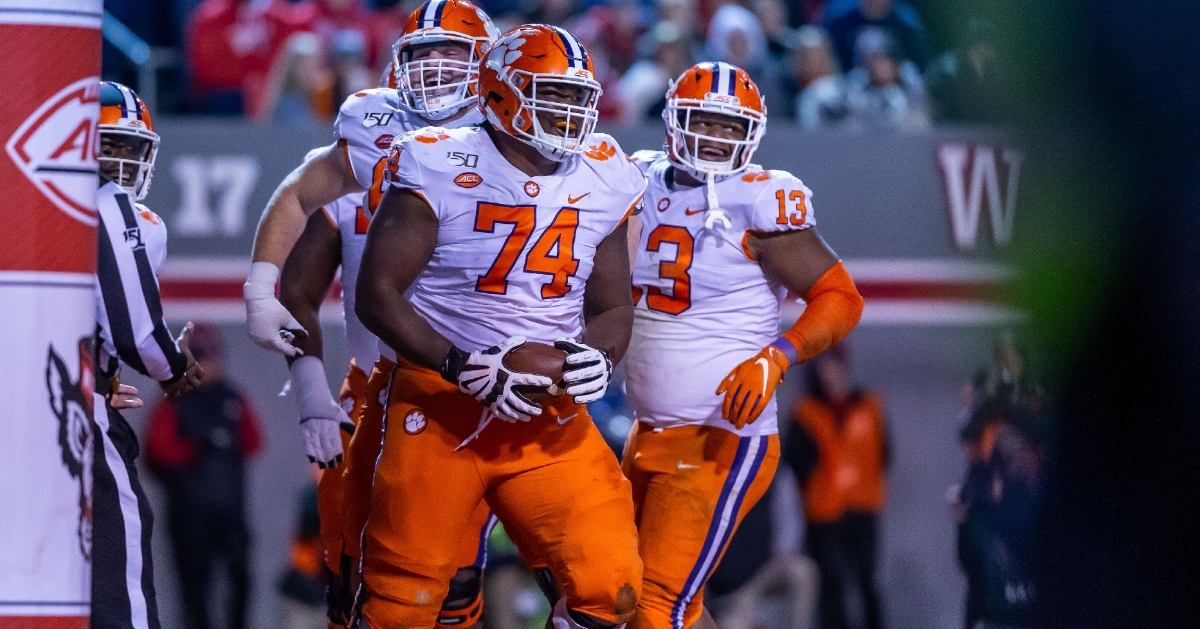 Simpson has played at Auburn, Virginia Tech and Florida State and in College Football Playoffs, but when the Tigers take the field at Williams-Brice Stadium at noon Saturday, there’s just a little extra excitement.

“They hate us, it's funny. I actually enjoy the adversity we face when we walk in there,” Simpson said during interviews on Monday. “Honestly, I think it gives me another gear and gets me going. I like it. It makes my blood flow a little more. You can tell the fans hate us, that everybody hates us. You can tell that they just don't like us, so it's a big difference going in there compared to anyone else.”

The history between the teams and doesn’t have to be explained to the players who hail from outside of South Carolina.

“They've seen the rivalry. If they're not from here, they're from somewhere that does have a crazy rivalry,” Simpson said. “They know what it's like. They know there's a lot that comes with this game and that's something we try to instill in them every day. Look, this is something serious. Their record might not show it but they're a really good team. You just have to play your game.”

For Simpson, though, the rivalry is a little more personal because of players – friends and brothers – on the opposing sideline. Former teammate and current South Carolina quarterback Dakereon Joyner is still close to Simpson.

“That's my boy. I text him before every game and tell him good luck,” Simpson said of Joyner. “That's like my little brother. We keep in contact. He called me Monday and we talked a little bit.”

Then, there’s defensive lineman Javon Kinlaw, who has been a rival of Simpson’s since high school

“Those guys are good. We've got a task ahead of us,” Simpson said of Kinlaw. “Me and Javon basically played against each other all through high school. We've been facing each other pretty much every year since then. Those guys are really talented upfront. No. 8 is really good. All of those guys are ballplayers. I'm looking forward to it.

“We both have our tasks and what we want to accomplish in life. Us playing against each other is a big deal, so I guess you can say it's personal but it's nothing negative. That's my boy. I think he's one of the best d-linemen we're going to face. He's an animal. He's a different breed.”

Despite the relationships and extracurriculars by opposing fans, Clemson will be focused on the task at hand when the game kickoffs early Saturday afternoon.

“It's a rivalry and that kind of stuff happens in rivalry games,” he said. “To stay focused, we just have to know the task at hand and go out there knowing that we have something bigger ahead of us so we need to focus on what we came for.

“It would be great (to win every game I play against South Carolina). That's what everyone wants to do. No one wants to lose. It will be great if we can pull it out.”