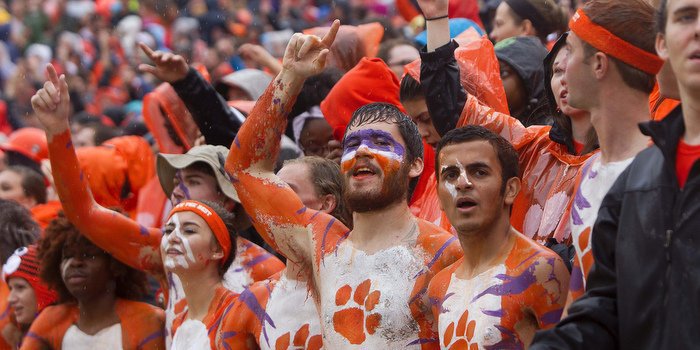 Clemson fans love to show up and be loud

From policy to logistics to attendance, everything about student ticketing is a problem.

To put it plainly, the system is broken. So, how do we fix it?

The answer isn’t going back to the way it used to be. Camping out was great. Block seating worked as well as it could. But, times have changed. The demand for tickets – from students and in general has grown – and the student population we’re dealing with is different.

I looked at three schools who most closely resemble Clemson in terms of student population, football prowess and game attendance – Auburn, Georgia, and Florida State.

Auburn and Georgia seem to do it right – and before I break it down – realize that both require some sort of ticket fee.

The Tigers on the Plains seem to have the makings of the best system, and with a few tweaks I think it could also work for Clemson – the students purchase a ticket package, partial season or full season, for a certain area. At Clemson, it could be lower deck, Hill, and upper deck. The “tickets” are then loaded onto their student TigerOne cards, the TigerOne cards are scanned and checked when the student enters the stadium.

Ticket purchase would be done just like it is in the current system – IPTAY Collegiate Club, seniors and graduate students, juniors, sophomores and then freshmen. 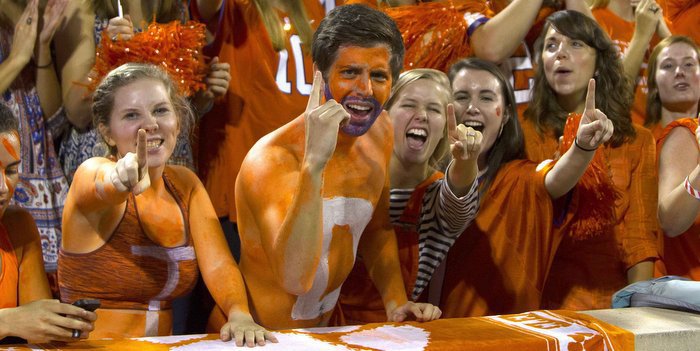 Clemson fans love to show up and be loud"

Once inside the stadium, seating if first come, first serve within the specified section – lower deck, Hill, upper deck – so students can sit with their friends and essentially choose their specific seat.

If a student can’t go to the game, they can donate the ticket back to a ticket pool that allows other students, who maybe couldn’t get a ticket, to go to the game or pay for a print-at-home guest ticket to the game. If there are tickets remaining in the ticket pool an hour before kickoff, those will become general admission and sold at the ticket office to the public.

If a student who can’t attend doesn’t donate their ticket to the ticket pool by let’s say Monday morning at 8 a.m. before the game, they receive a penalty point. The next ticket pool deadline would be at 4:30 p.m. Friday night, two points. Students will also occur a two-point penalty if they don’t show up by the beginning of the second quarter.

If a student accrues four or more points during the season, they will lose postseason (bowl game and championship game) privileges for the season and will only be allowed to purchase a ticket at the freshman level the following season.

The system seems simple – buy a ticket, show up, scan and show your TigerOne Card, go to your seat, cheer on the Tigers. Don’t show up, incur a penalty.

As for the operational logistics, creating two lanes to the hill and allowing students to enter through either Gate 1 or Gate 5 should alleviate much of the problem.

Ok, Nikki brought up some great points, but I am more concerned about attendance on The Hill. To me, nothing is getting fixed there until they let people once again buy general admission tickets for that area.

That means that noon games against lesser opponents are going to see a sharp reduction in the number of people at the game. I know plenty of people that can't afford season tickets, but they would love the chance to come in and sit on the hill with their kids and cheer on the Tigers. Open it up to those guys, and at least some of the issues will be solved.