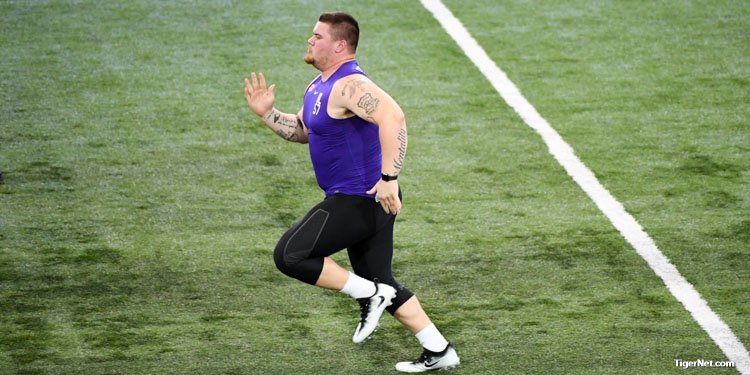 The Maryville (TN) native has been away from the Clemson football program for just about a year but returned to his old stomping grounds for a second chance to impress NFL scouts.

Guillermo – former offensive lineman and weight in 6-3, 310 – made a name for himself during his years at Clemson.

Guillermo participated in the Clemson 2018 Pro Day and seemed to feel good about his performance.

“It felt good, I’ve added some weight, weighed in at 313 pounds and ran a little better than I did last year. It felt good to be back out there,” Guillermo said.

This is Guillermo’s second year at pro day. When asked about his goals coming into pro day, he told TigerNet that he was just hoping for a chance.

“Just to improve from last year. You know, doing it again, not a lot of guys get that opportunity to do it a second time, and get a second go around, so it was just to do as good as I can,” he said Thursday afternoon. “Coach Hogan and I have been training, and training with (strength and conditioning coach) Paul Hogan, the whole thing is to improve and don’t step back, so I’m really happy I could do it”.

Coach Dabo Swinney has been known to advocate for his players, just as he has done for Guillermo, by allowing him to perform in pro day for the second time. 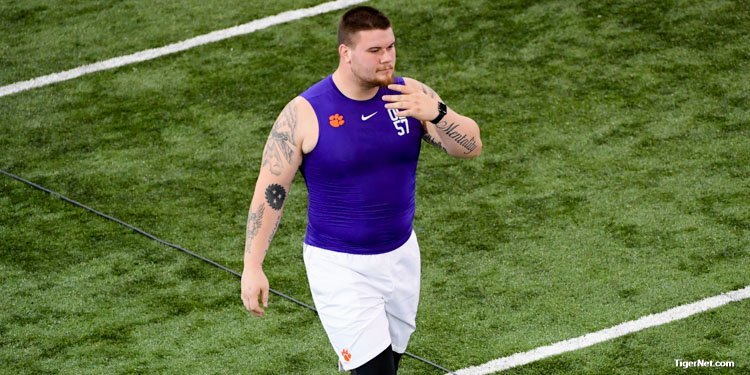 “That’s the kinda guy he is, once you’re here, you’re a Tiger, and you’re one of his, and I can’t thank him enough. He loves us from the time we come in here, to the time way after we leave. It just shows how much he truly cares about us”.

Since graduating from Clemson in 2017, Guillermo says he’s not taking anything for granted.