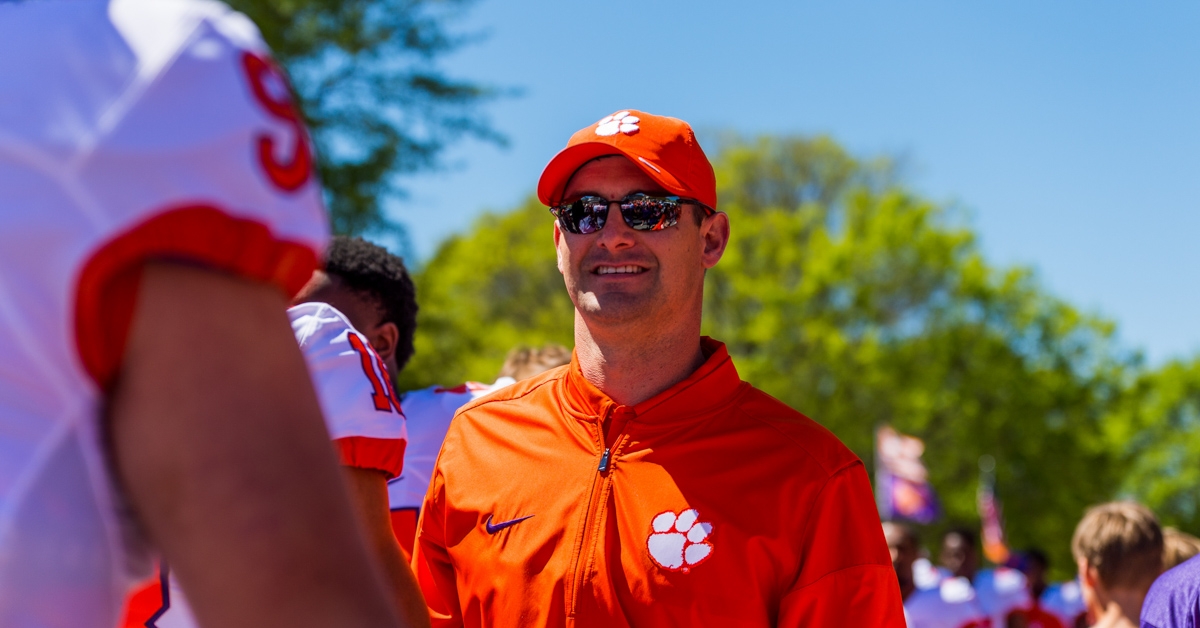 When it came time for Jeff Scott to think about leaving Clemson and taking the job at South Florida, he leaned on two of his closest advisors in head coach Dabo Swinney and his father, Brad Scott.

TigerNet ran the first part of the Jeff Scott series Friday in which he talks about the process of being contacted by South Florida Athletic Director Michael Kelly.

Scott told TigerNet that Clemson’s Woody McCorvey approached him after practice the Monday after the win over South Carolina to ask if he would be interested in the job. Kelly also called Swinney that evening to ask for permission to interview Scott, but the then-wide receivers coach didn’t hear from the Bulls until later in the week.

“Then they were planning to come do the interview at my house on that Sunday. And so even though the job definitely had not been offered, because I had not gone through an interview yet that definitely needed to happen for their side and for my side to feel comfortable with it, I just had this intuition that it was going to happen.”

That’s one of the reasons Scott declined to speak with the media after the Tigers’ win over Virginia in the ACC Championship Game.

“And so just something as simple as choosing not to do the media after the game Saturday, after the ACC championship, really was out of my respect for the Clemson media,” Scott said. “Because I knew that I couldn't confirm any of the reports that were out that I was getting ready to meet with South Florida in the near future. So I didn't want to put myself in a position where I had to be untruthful to a group that I had a lot of respect with and had really good working relationships with for the last 12 years.”

Scott made sure to listen to the advice of his two mentors.

“It was so late Monday night when Coach Swinney called me, and I wanted to talk to my wife about it, but she was already in bed and there wasn't anything I could tell her other than Coach Swinney got contacted,” Scott said. “And so really the next day I went to see my dad and I visited with him a little bit about everything. So obviously we talked a good bit throughout that week, kind of around our working hours of the game planning and all that. Either early in the morning or late at night, we would kind of visit and just kind of talk about the potential opportunity, what it would look like. And you know, you have to be ready so that when they do interview you and they offer you the job, you've got to be ready to give them an answer within 24 hours usually.

“I really wanted to take as much time as I could in the evenings to really think through every scenario so that I wasn't rushing something or going to make a mistake. So to answer your question, there was definitely a lot of conversations between myself and my dad and even there were times and windows that I would go and visit with Coach Swinney a little bit as well just out of respect for my relationship with him. He's one of my closest and most trusted advisors in my coaching career — not just a while I was working with him at Clemson.”