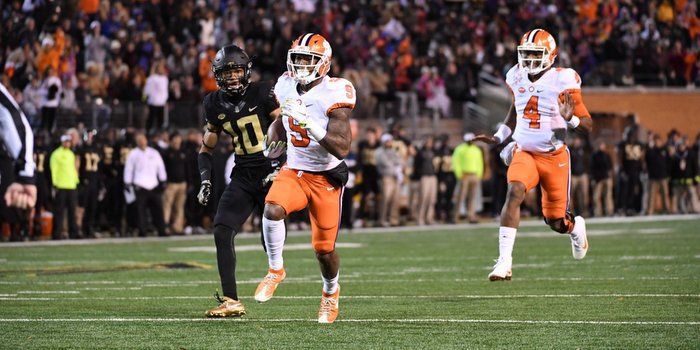 For most of the season, Clemson fans had to be wondering, “Where’s Wayne Gallman?”

As a sophomore, Gallman had 283 carries for 1,527 yards in helping lead the Tigers to the ACC championship, the College Football Playoff and eventually the national title game. But this season, there has been a drop-off in Gallman’s production, and he had 138 carries for 670 yards entering Saturday’s game at Wake Forest.

It was his fourth 100-yard game of the season (he had nine last year), and he already has matched his season total of 13 touchdowns from a season ago.

Gallman had a career-high 191 yards against South Carolina two years ago, and he could crack the 1,000 yard mark on the season with 169 yards against the Gamecocks this weekend.

Gallman’s big game moved him back into the top 100 in rushing leaders in the nation (after he dropped out last week). He is tied for 74th, averaging 75.55 yards per game.