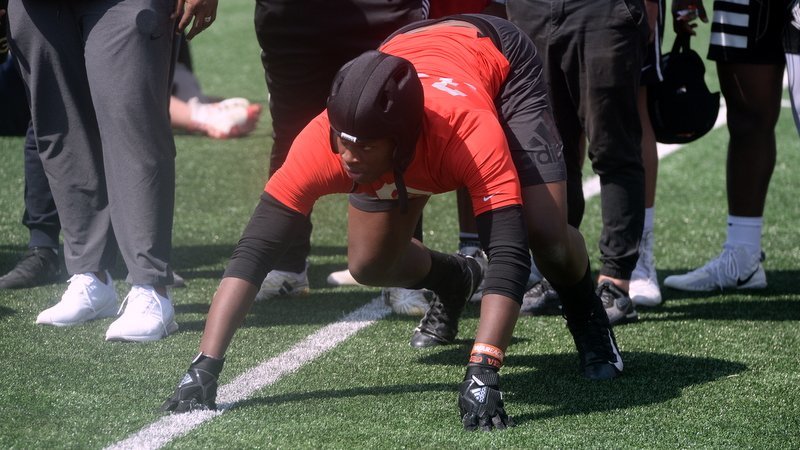 Wilkins, Clemson’s star defensive tackle who was recently drafted in the first round by the Miami Dolphins, tried to trick Swinney when it came time to commit. Wilkins, then a senior in high school, called Swinney and acted like he was going to move in another direction before actually breaking out the good news.

Murphy didn’t take it as far as Wilkins but did try to keep his intentions hidden for as long as possible.

“I just tried to trick him by going monotone, just make him think it was just a regular call to see how he was doing, how the job was going,” Murphy told TigerNet. “But in the middle of the phone call, I was just like I think it’s time to be a Tiger. He was like, ‘wait, what, what?!’ He did a double take on what I said. He asked me, ‘are you sure’ and I was just like I’m 100%. I’m 100% with Clemson, that’s who I’m going with. It was a special moment.”

Murphy, a 5-star defensive end who is ranked as one of the top ten players nationally, originally intended to commit in August. Instead, he knew where he wanted to go as early as April and made the decision to commit. He chose the Tigers during a ceremony at halftime of his spring game last Friday.

“Honestly, my whole family knew that Clemson is the best school for me, it was the school they liked the most,” Murphy said. “It was on the top of their list, it was on the top of my list. So, I was like let’s not wait two or three more months to commit to a school that I already knew I wanted to go to. So, I just moved it up to the spring game, so I could do it in front of the fans.

“I just feel very comfortable right now because just telling people something that you really need to tell them, just committing took a huge burden off of me and I feel a lot lighter and a lot happier now.”

Murphy had a final two of Clemson and Auburn, and he made sure to call Auburn’s coaches to let them know his decision.

“I let them know probably a week after I told Clemson. They were fine with it,” he said. “Coach (Rodney) Garner is a really nice person. He respects me as a person, and I respect him, too. Also, with Coach (Gus) Malzahn, they’re all great people. They said they loved my demeanor, and whatever school I chose they knew would be the right one for me. They weren’t really mad about it because if I didn’t choose their school. In the end, they were just going to keep on recruiting.”

Murphy said Clemson’s coaches are genuine with what they say.

“I feel when coaches say, ‘I’m not recruiting you for your athletic abilities I’m recruiting for your actions off the field’ it’s not always true,” Murphy said. “But at Clemson, I just see that genuine side of them. I just knew Clemson was being genuine, I knew that it’s what they meant. I trusted them, they are trustworthy, and they are telling the truth.”

As for the rest of the 2020 recruiting class, get ready for a show.

“We’ve got a great class coming in,” Murphy said. “Coach Swinney believes it’s the best he’s ever had. Clemson is going to have the number one recruiting class, it’s going to be a show.”