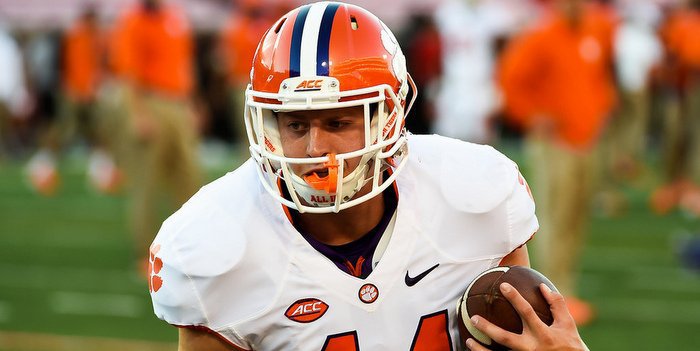 CLEMSON – Saturday is final exam day for members of the Clemson offense.

The Tigers will hold the annual Orange and White Game Saturday at 2:30 p.m., and while many look at the game as little more than a glorified scrimmage, co-offensive coordinator Jeff Scott thinks of it more in terms of final exams.

Scott said the coaches will challenge some of the younger players to stand out and make themselves a known quantity to the coaches.

“It's always a little bit different because you mix the teams. You have a guard working with a center that he hasn't worked with all spring, and a first-team center might be with a second or third-team guard,” Scott said. “The wideouts are all split up, but the biggest thing is execution, that's the thing you're always looking for. It's one thing to do it out here just in front of us or on the practice field, but all of a sudden you get some fans in the stands and you have cameras out there.

“So we are challenging those young guys to take the next step. You have some young guys who have really stepped up this spring; we want to see them make that progress on the game field in that type of setting. Because when we get out there, it will be the real thing.” 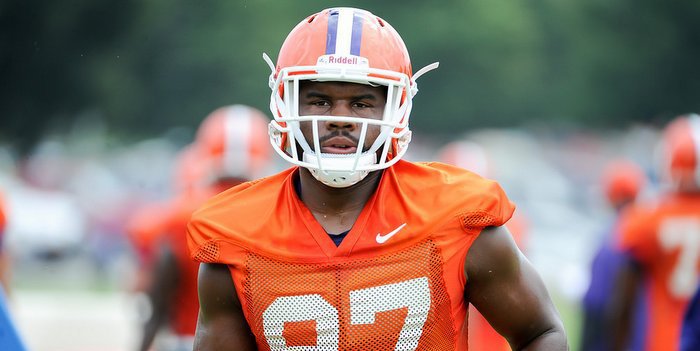 For those wondering – quarterback Deshaun Watson will play.

“He is going to play. I know that,” Scott said. “He will get some good work and then at some point Coach Swinney will decide to let the guys battle it out. But the plan is for Deshaun to be out there a good bit early on and go out and execute and get his work done and then put his ball cap on at some point.”

“Trevion has done really well. He's had an opportunity this spring and he's made a lot of plays. I like to see a guy like that go out and make plays in a game. And then some of those young linemen have gotten an opportunity and gotten better and we want to see them go out on that stage and execute.”

Has a backup tight end shown up?

“That's probably been one of the best battles of the spring. I don't think there's anybody that's separated themselves from the group where there is a clear number two. I think all of those guys have had their days where they have made some plays. D.J. Greenlee is a guy that here in the last week or so that has made a lot of plays and when he knows what he's doing he does a good job. Garrett (Williams) has had some good days, Cannon (Smith) has had some good days and so has Milan (Richard), but we are looking for consistency behind Jordan. This will be a good test for all of these guys and see how they do. I am looking forward to watching that group.”

“He's been held responsible for being in all of the meetings, and he's allowed to do everything except practice. And when you do that, you have two options - some guys are disengaged and just there because they have to be there, and they are on the sidelines looking around and not really engaged. But Deon - every play he has been out there in the middle of the field standing next to Coach Swinney, calling out the play and standing there going through the play in his mind and calling out the different reads and things. He is doing what Deshaun did last year, to be honest, whenever he was out there getting mental reps. He's been engaged and doing the things he needs to do off the field. He's not at the end of it yet, and he still has things he needs to do, and it's going to take time and consistency. But I am proud of him. He knows what he has to do, and it's been clearly communicated to him from Coach Swinney and so far he's done that. He's on the right track, but we will check in next month and see where we are.”

“I've been really pleased with Tyrone. I think he's gotten his weight back down to where it needs to be. I think he had gotten too heavy in the offseason, and he's worked hard getting up early in the mornings and running and working with the strength staff to get his weight down. You can tell he's a lot better player when he's at the proper weight and condition. Maverick (Morris) has had some good days, and he's had some injuries he's battled through. He's a guy that we believe can help us, but Tyrone has been more consistent this spring.”