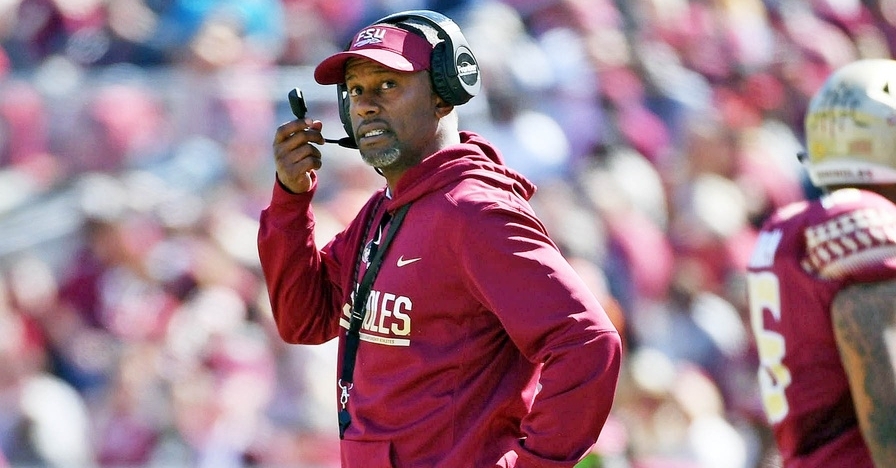 Willie Taggart says FSU will have to play its best game Saturday.

Taggart said his players should focus more on Clemson’s players than the Clemson crowd.

“Well, I thought Virginia was a tough environment. They were excited. Their fans were excited being there, and first ACC game,” Taggart said. “Again, I've never been in Death Valley so I can't tell you what it's like, but I've been to a football game, and I know in a football game, you'd better be worried about those 11 guys on the other side of you and not the environment around you because, again, that's a pretty good football team. We'll be able to lock into their football team, where guys are going to be, and make sure you understand your assignment so you can get it accomplished. Once the game starts, everything else doesn't matter.

“We know against Clemson we've got to be at our best to win that game. I think it's good to have a bye week to continue to work on some things to see that we can go out there and execute at a high level and play our best football since we've been here, and again, we've been moving towards that direction, and we know we're going to need that in this ballgame on the road in Death Valley against the defending national champs. Again, it's about us and knowing that we're up against a great football team.”

Clemson went into Tallahassee last season and defeated Florida State 59-10, but Taggart said no one should be thinking about last season.

“Well, we're not on last year, you know. Last year is last year. We've gone from that. Clemson is a different team from last year,” Taggart said. “Again, we know Clemson is a good football team, and they're the defending national champs. They're the defending ACC champions, and I think that's what we're all shooting to do is to be champions, and we've been working all season to try to be ACC champions, and we know that we've got to go through Clemson, and fortunately, that game is this week, and that's what we're up against. We've got to play our 'A' game to keep our goals intact and what we want to get accomplished, and that's what we're focusing on. Again, it's a football game we've got to go play.”

“We've just got to block them, block them better. We've got to do better than what we've done in the past when it comes to that, schematically what we do from that standpoint. And then again, we've just got to protect the quarterback and not hold on to the ball when we do throw the football, get it to our guys' hands and see if we can play better than what we've done the past couple years. That would be good.

“We've got to continue, again, to focus on us and not the peripheral things that are not going to help you win. What's going to help us win is taking care of the football and tackling and not giving up explosive plays and scoring some touchdowns.”

“They are talented, and I think we have some talented receivers, as well. Just as talented. They're tall, they're long, and again, you watch film, they do a great job of throwing the ball with the back-shoulder throw, and it's clockwork for them doing it that way. And they have a great quarterback that gets them the ball. Trevor Lawrence is one of the top quarterbacks in the country. He's very accurate with the football, and when you have a guy that can throw it like that, he can make a lot of guys look really good. Again, they're very tall, they're very athletic, they can run, and Clemson -- they've done a great job. Dabo has done a great job of building his team how he wants it, and they're all pretty good. No matter who's in there they're all pretty good. Again, we're going to need our 'A' game. It's going to be a game where we, again, got to play 60 minutes of good smart football.”

“Well, I think, yeah, he played in a rowdy environment before, but as I say, when you're on the football field, you kind of block a lot of those things out. You don't hear it a lot. You're so locked into what's going on. Again, you start thinking about those things against a team like Clemson, you'll get your head knocked off. We'd definitely better be locked into what we need to get accomplished on the football field and again, not worry about anything that's not going to help us win the ballgame out there, help us execute while we're out there. Again, that's why they all came to Florida State to play in games like this in an environment like that. I mean, unbelievable opportunity.”

On if Clemson is overrated