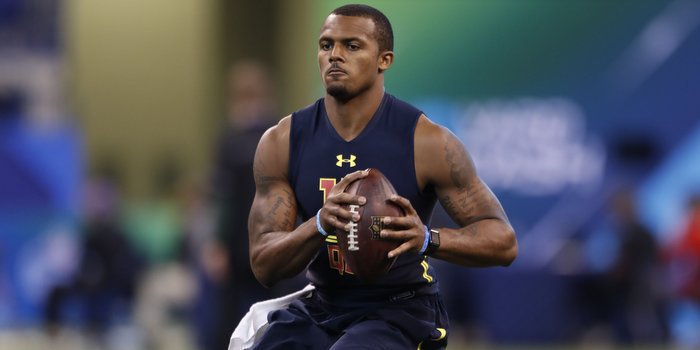 We told anyone that would listen a week ago that former Clemson quarterback Deshaun Watson was better than many NFL “experts” were predicting.

On Saturday at the NFL Scouting Combine, Watson proved us right.

The last time we saw Watson on this kind of public stage, he showed off his skill set by leading Clemson on a game-winning drive in the National Championship win over Alabama.

It was the perfect way to end a season that started with such high hopes but saw questions and concerns arise as the year progressed. Watson entered the 2016 season as a top-10 pick, only to see his stock fall with a rash of interceptions and questionable decisions.

Watson, as always, saved his best for last in leading Clemson to a win over arch-rival South Carolina, a win over Virginia Tech in the ACC Championship, a win over Ohio St. in the Fiesta Bowl and the win over Bama in Tampa.

Still, the questions remained but Watson put many of those doubts to rest Saturday, impressing scouts and draft analysts alike in the throwing drills Saturday at Lucas Oil Stadium. Watson showcased improved footwork, good pace, a strong arm and improved accuracy as he continues to make a case to be the first quarterback selected in the 2017 NFL Draft.

“I thought Deshaun Watson was the big winner,” said CBS Sports draft analyst Rob Rang. “His ability to raise his level of play in the big moments just continues. His footwork, the accuracy, the arm strength. I thought he really helped himself today.” 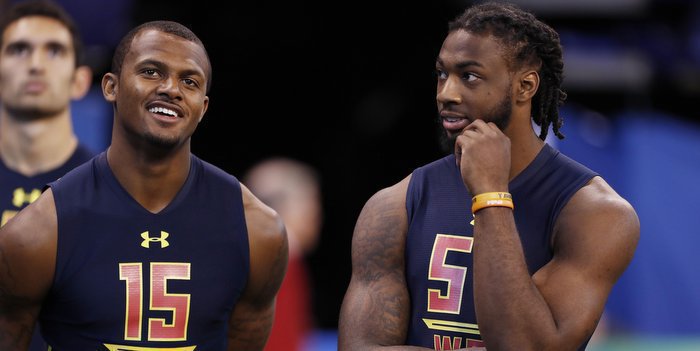 “I thought Watson had better footwork and great accuracy throughout the whole day,” NFL.com’s Mike Mayock said. “I thought he was really interesting.”

Eric Galko of OptimumScouting.com said that Watson’s athleticism came to the forefront during the drills.

“Most importantly, speaking with teams here about how his interviews were — and that was the question mark teams had — and he did well.”

Watson told the media earlier this week that he didn’t mind the criticism.

They obviously are going to poke holes,” Watson said. “If I were in their shoes, I would poke holes, too. I take full responsibility in all of that.”

Watson then said that playing at Clemson has prepared him for Saturday and beyond.

“Being the face of college football for two years, handling the success, handling all the criticism and the adversity … one thing that translates from college to the NFL is winners, and I think, being a quarterback, that’s the biggest thing being recognized, winning games,” said Watson. “That’s all I’ve been doing.”

DeShaun Watson was the most pro-ready QB in this draft and only solidified that with his confidence and workout today. Footwork was nice

DeShaun Watson confirming that he's the total package at the #NFLCombine, just like he did with @ClemsonFB. pic.twitter.com/QxYN94HFa2

Mitch Trubisky | Deshone Kizer | Deshaun Watson side by side in the 40 yard dash at the combine https://t.co/40NukSIPZ2 @nucfootball pic.twitter.com/dpHCeI2yYR

Every Deshaun Watson throw so far has been right on the money. On a completely different level than all these other QBs. #NFLCombine

Teams we polled thought Pat Mahomes and Deshaun Watson had the best workouts at the combine today - https://t.co/egr6ZI5XJM

I was one of the few media allowed into Combine to watch the QBs throw (as I have since 2008). Who stood out & why https://t.co/OQaNEscF2D