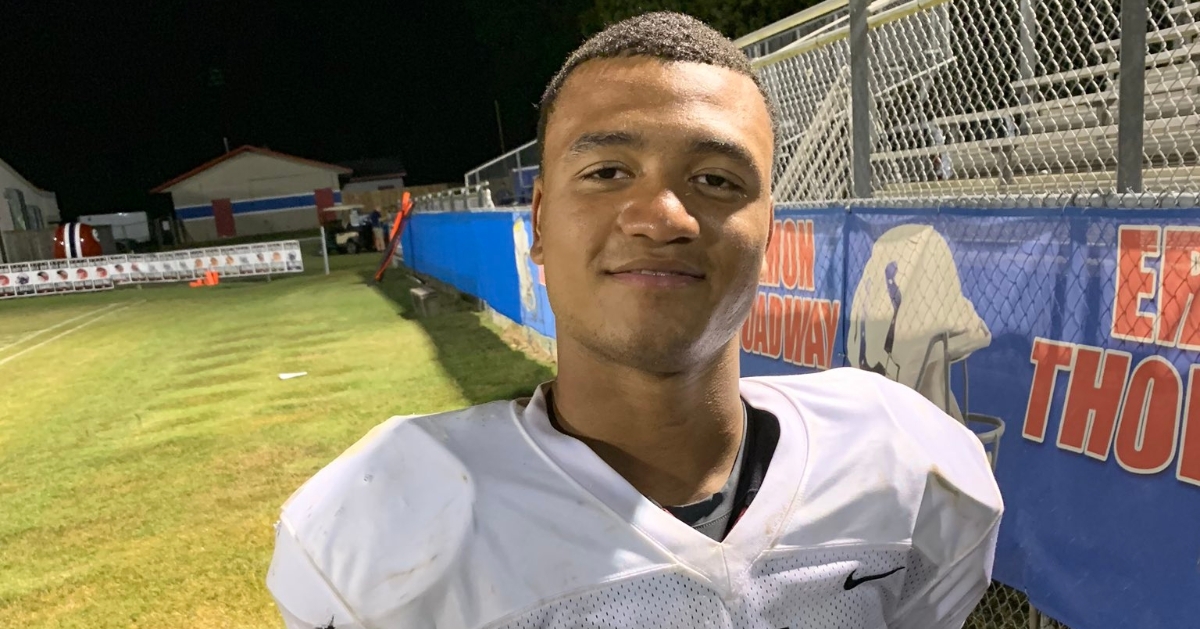 Ryan is one of the top players in the state of Louisiana.

Clemson is looking to make a return trip to the state of Louisiana, with a different outcome in mind this time around.

Although Clemson didn’t leave Louisiana with a trophy in January, they are now looking to leave the state with a blue-chip recruit. In the past three years, Clemson has landed Travis Etienne and Bryton Constantin from Louisiana. Now, Sage Ryan is the target for the Clemson staff. Ryan, a 4-star athlete from Lafayette Christian Academy (LA) Lafayette, announced a top ten of Clemson, LSU, Florida State, Georgia, Auburn, TCU, Ole Miss, Alabama, Tennessee, and Michigan in March.

TigerNet caught up with Ryan to discuss his recruitment and his views on the Clemson program.

At 5-11 and 193-pounds with an official 4.45-40 yard dash and a 39-inch vertical, Ryan is regarded as a top athlete by all major recruiting services. Ryan is a jack of all trades, moving around the offense and defense in whatever capacity needed. What makes Ryan a top-ranked prospect?

“My vision,” Ryan told TigerNet. “Being able to see things and react to certain things before it happens, and my work ethic.”

Ryan has primarily been in touch with defensive coordinator Brent Venables and cornerbacks coach Mike Reed during his recruitment. Can Ryan see himself playing for Venables and Company? And what has been his impression of the Clemson coaches?

“Yeah of course,” he said about seeing himself playing at Clemson. “Coach Venables knows what he’s doing. It’s not easy to coach a top-tier program like he makes it seem. That’s what I like about him. Mine and Coach Reed’s relationship is good. Coach Reed was the coach that called and told me I had been offered. They want me to play a star-nickel type deal.”

After hearing from all of the elite programs around the country, is there anything that has stood out about Clemson?

“It’s a family,” he said. “You can tell they are disciplined and work very hard. Just the culture that they’re building intrigues me.”

Ryan has paid close attention to what schools can offer academically, with plans to major in Business Management or Software Engineering. What does the perfect school look like for Ryan?

“There’s no such thing as the perfect school,” he said. “Everyone has their flaws. When I see which program best fits my degree and can help me when football is over, I’ll know who best suits me. It’s a business decision, and I’m trying to be successful.”

After releasing a top-10 in March, Ryan has focused his attention solely on the schools that made the cut. Ryan indicated that he will take a visit to Clemson, and he also has an idea of how he is going to trim down his list of schools.

“I’m going to cut it down to five and visit those five,” he said. “And by the time I’m done with that, I’ll know what feels like home and where I can go for the next four to five years. I don’t know who my top five is yet. It’s kind of equal.”

Ryan is currently sitting 39th overall in the player rankings by 247 Sports, ranked as the No. 3 athlete in the country and the No. 2 player in Louisiana. Ryan’s athleticism and versatility make him a threat in all three phases of the game in high school. His ball skills and speed make him a candidate to play numerous positions at the college level, primarily safety and nickel.