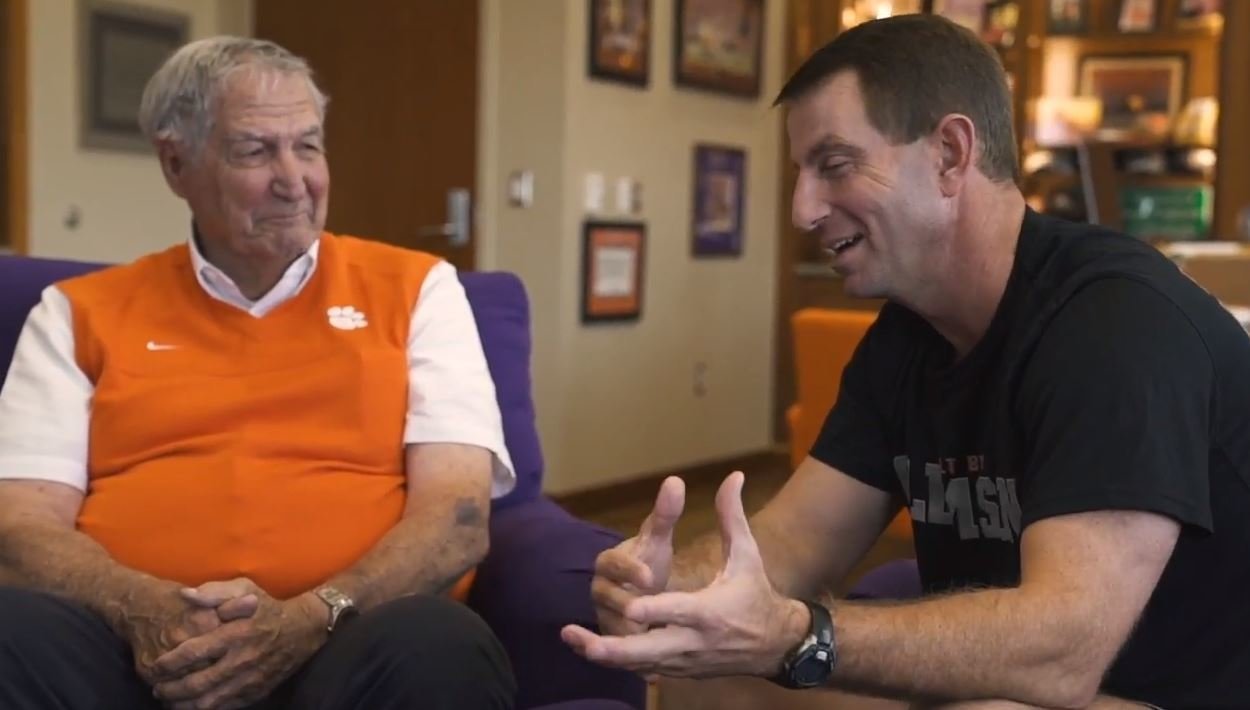 ARLINGTON, TX – Former Clemson player Charlie Waters fashioned a superlative career as a member of the Dallas Cowboys, and it turns out that Waters thinks Clemson head coach Dabo Swinney is a lot like Gene Stallings.

Waters played 12 seasons in the NFL, never experienced a losing season and only missed the playoffs one time. He played in five Super Bowls, with victories in two games. He set the NFL record for most playoff interceptions (9), including three in one playoff game, and has the unique achievement of blocking four punts in a two-game span.

During his time in the NFL, he played for Gene Stallings, who was at one time the secondary coach of the Cowboys. During a question and answer session at AT&T Stadium Monday, one interviewer asked Swinney if he knew that Waters compares Swinney to Stallings.

Waters was selected by the Cowboys as a defensive back in the third round (No. 66 overall) of the 1970 draft. He started six games at the end of his rookie year and had five interceptions, making the NFL All-Rookie team as a free safety.

He was moved to cornerback the following year, where he played for four seasons. Waters was eventually moved to strong safety in 1975 to replace Cowboy great Cornell Green, and he responded with three interceptions for 55 yards and a touchdown.

As a strong safety, Waters became an All-Pro, and along with close friend Cliff Harris, they formed one of the best safety tandems in the NFL in the mid 1970s. Waters was selected All-Pro twice (1977,78) and to the Pro Bowl three straight years (1976-78).

JC Chalk is a tight end on the Clemson football team, and he also happens to be the grandson of Stallings, so the former coach is going to attend the Cotton Bowl.

“That's another great thing for me personally that we're here in Dallas is I know Coach Stallings will be able to come and be at the game and, hopefully, maybe can make it to practice,” Swinney said. “He's just down the road there in Paris. So that's kind of neat, too. Coach Stallings' grandson is with us. And it was actually in the Cotton Bowl that Coach Stallings, his Texas A&M team, beat Alabama and Coach [Bear] Bryant early in his career. So it's pretty neat to be in this bowl.”