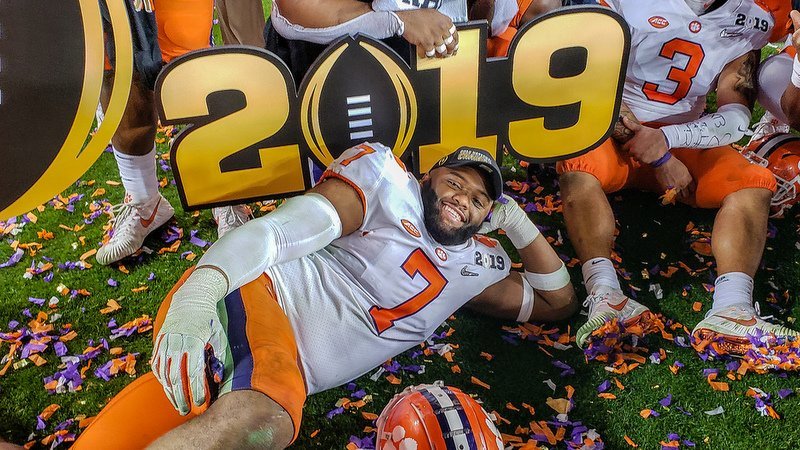 Austin Bryant finally received the call he had been waiting for.

Moving back from pick No. 111 to 117, the Detroit Lions pulled off a late trade and selected Bryant in the fourth round of Saturday’s NFL Draft.

Bryant recorded 30.5 tackles for a loss and 17 sacks over the past two seasons, earning third-team All-American honors in 2017 and third-team All-ACC honors last year, and Saturday’s call meant he gets the chance to play at the next level.

“It felt good to have an opportunity to continue to play the game at the highest level. It feels good, and I am glad I am going to Detroit,” Bryant told TigerNet. “I had a little inkling (Detroit would pick). I wasn't completely sure - you think you have an idea, but you don't know for sure. But when I saw a Michigan number pop up on my phone, I figured that was it. I was just elated with joy.”

Bryant suffered a torn pectoral muscle in the middle of his senior season, but instead of opting for immediate surgery, he played through the pain in pursuit of a national championship. Clemson would go on to defeat Alabama for the title, the school's second in three years.

It’s a decision he would make again.

“It was definitely worth it. I live with all of the decisions I've made. I am glad I decided to play and help Clemson win the National Championship,” Bryant said. “That is something that nobody will ever be able to take away from me or the rest of the team. I am glad I played, and whatever the consequences were I looked at those long before I made a decision. I am just glad that God saw fit for me to be in Detroit and be able to play this game. I love so much.”

Bryant is also excited about the chance to play for Lions head coach Matt Patricia, a defensive mastermind.

“I can't wait. I know he is a football junkie. Just to have a chance to learn from him and see the game like he sees the game is going to be a tremendous blessing,” he said. “I am so ready to learn more about this game. I know I have just scratched the surface and to learn from a mind like that has seen winning football at the highest level from year in and year out, it gives me confidence that he will know exactly how to use me and maximize my role in the defense.”

Bryant was a spectator on the draft’s first night when he saw three of his former teammates selected in the first round – Clelin Ferrell was drafted fourth overall, Christian Wilkins went 13th overall, and Dexter Lawrence was tabbed with the 17th pick.

“Man, it was freaking awesome. I was so happy for those guys. I almost went crazy when Clelin went at four, Christian at 13 and Dex at 17,” Bryant said. “I went crazy because I know how much we all put into this game. To see their dreams fulfilled made me happy and feel like I had been drafted in the first round. To see that - because we are all so close and so tight and realize we all get a chance to play this game at the highest level and compete against each other for change - is going to to be fun. We are definitely blessed because we've been so fortunate in our football careers.”