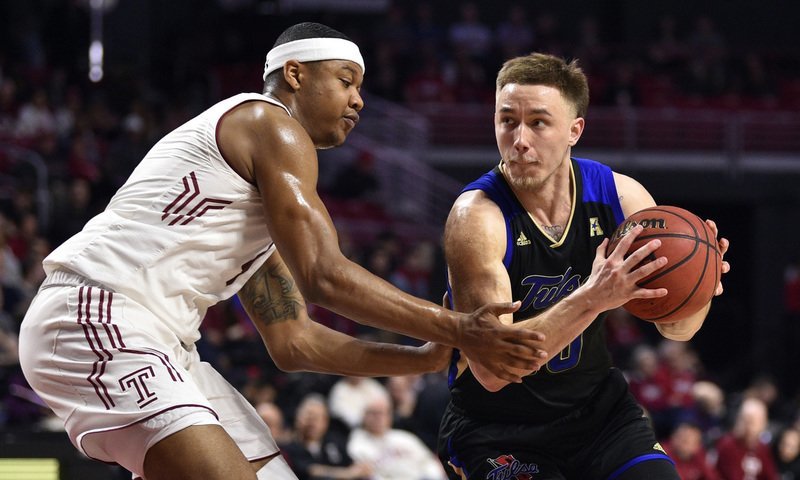 Curran Scott knew about head coach Brad Brownell and the Clemson program long before he decided to transfer from Tulsa, but once his name entered the NCAA’s Transfer Portal, the Tigers were an easy choice.

Scott, a 6-foot, 4-inch guard, comes to Clemson after playing the last two seasons at Tulsa. Scott appeared in all 32 games last year and made 26 starts, averaging 8.9 points and 2.5 rebounds per contest. He shot 40.7 percent from the floor, including 39.4 percent from three. Scott’s 41 3-pointers led the Golden Hurricanes last year. In league play last season, Scott was a 44.4 percent 3-point shooter.

During American Athletic Conference play, Scott upped his average to 10.2 points per game and scored in double-figures on 13 occasions, including two 20-point outings. He scored a season-high 23 points on 8-of-12 shooting in a win over ECU and also scored 20 points in a win over Memphis. Scott averaged 15.8 points per game over the final five contests of the season.

Scott was happy at Tulsa but wanted to take a look at a change of scenery for his final season.

“I knew I was going to have an opportunity to have a grad transfer year. I didn't know 100-percent if it was something I wanted to do or not, but a couple of weeks out from graduation me and my dad sat down and decided it would be a good option for me to do something different my senior year,” Scott told TigerNet. “I had been at Tulsa the previous three years before that and I live an hour-and-a-half from there, so it was a great opportunity for me from the jump, but I thought doing something different my senior year would be something that was rewarding and give me some satisfaction and that is why I decided to do the transfer.”

“I put my name in the portal on a Friday, and they contacted me the following Monday, and Coach Dean was sitting in front of me in Tulsa on Tuesday morning,” Scott said. “It was a quick process. When a guy calls you and tells you that he wants to recruit you and he's sitting in front of you the next day it shows a level of dedication, and that was something that I took into consideration. And then getting out there was great and that is what helped me consider and then choose Clemson.”

Before Tulsa, Scott started his career at Charlotte where he played in 33 games and made 18 starts during the 2015-16 season. He scored in double-figures 17 times, including five 20-point games. Scott averaged 10.5 points, 2.3 rebounds and 2.0 assists per game while shooting 45.2 percent from the field, 43.9 percent from behind the arc and 83.0 percent at the line.

It was at Charlotte that he met former Clemson player Tanner Smith.

“I started my freshman year at Charlotte, and there was a guy there who played at Clemson named Tanner Smith, and he was our DOBO (Director of Basketball Operations), and he spoke highly of Clemson even then,” Scott said. “I know people who know the coaches there and have built relationships, and they are trusted, and there are people who are high on that staff. I took a visit out there, and you can tell it's a great environment with great facilities and they've been successful throughout Coach Brownell's time there and it was something I wanted to be a part of my senior year.”

What is he most looking forward to?