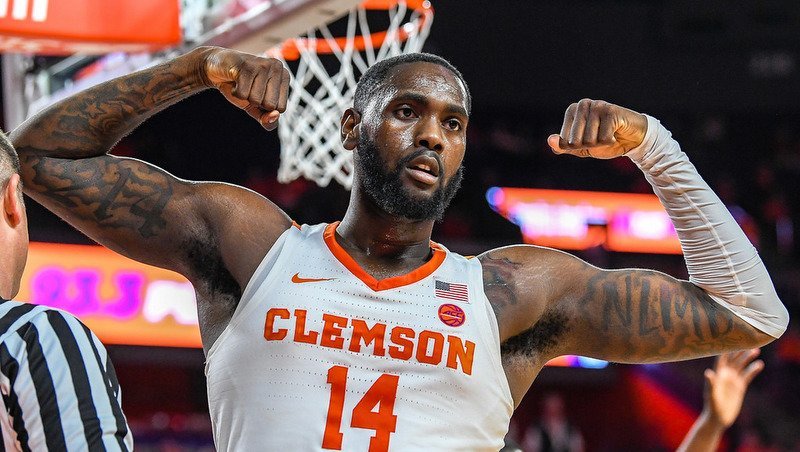 CLEMSON – It isn’t the tournament Clemson wants to be in, but Brad Brownell hopes the Tigers are ready for the challenge of the NIT.

Clemson returns to postseason play, accepting a bid Sunday to compete in the 2019 National Invitation Tournament (NIT). The No. 2 seed Tigers face No. 7 seed Wright State in Littlejohn Coliseum on Tuesday at 7 p.m. (ESPNU).

Clemson is making its 17th appearance in the NIT. The program has an 18-16 record all-time in the event and advanced to the championship final twice previously (1999, 2007). Clemson is 12-4 in Littlejohn Coliseum in the NIT, having won 12-of-its-last-13 at home heading into Tuesday’s contest.

“Wright St. is a good team. Watching them here over the last 16 hours, they are big and strong,” Brownell said. “They guard you hard on the perimeter. They are very well-coached, a very scrappy team and a nice mix of some guys that are athletic and can defend you off the dribble in the open court. It's a team that is used to winning - they were in the NCAA Tournament last year and won their league again this year. They lost in the championship game and will certainly be a challenge for our guys. It's certainly unique for me in that we are playing one of my old schools. It's really good to see those guys doing well there, and there will be one or two friendly faces I get to see at the game.”

Brownell said he hopes his players can bounce back from recent disappointments and make a good showing in what he terms a prestigious tournament.

“It's a tough time of the year for the players. It's spring break, and there is nobody around, and they are certainly disappointed about not making the NCAA Tournament and not finishing the job to get there. Hopefully, our guys are going to bounce back and be excited. The NIT is a prestigious tournament with a tremendous history. You have to have a really good season to play in this. NC State was left out also, so only two of the teams from our league were able to make it. So you have to be one of the top 60-to-65 teams in terms of at-large to have a chance to play in this tournament, so I hope our guys will approach it the right way and play with enthusiasm and energy and it will certainly help if we can get a few folks in the gym to help us.

The winner of the Clemson-Wright State matchup faces the winner of Furman-Wichita State in the second round. The first three rounds of the NIT are held at host sites, while the semifinals and championship are scheduled for Madison Square Garden in New York City on April 2 and 4.

Wright State finished 21-13 overall and 13-5 in the Horizon League this season. Loudon Love leads the Raiders with 15.1 points per game this season and also leads the team with 8.2 rebounds per contest.