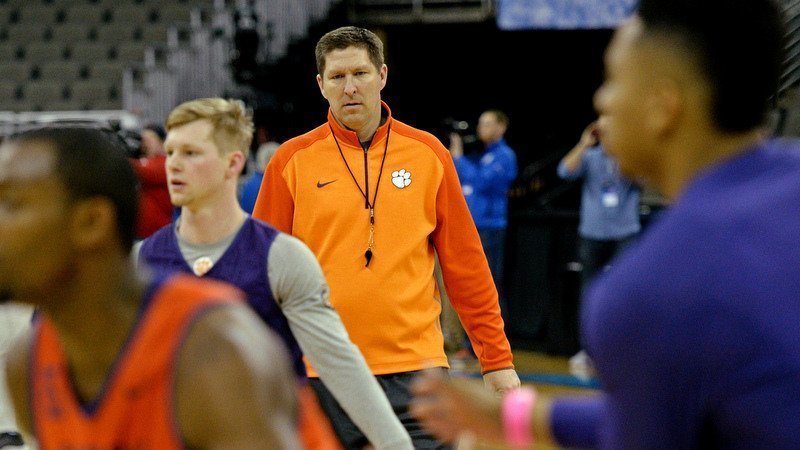 Brownell spoke with the media at his media golf outing at The Reserve Wednesday morning, and he said the investigation might have had a short-term impact but nothing else.

“Not really. I really don’t. I think maybe for a short time guys had their guard up a little bit. I’ve always said that the guys who are going to cheat are going to cheat,” Brownell said. “With the amount of money involved in this sport and the amount of money that coaches make - I mean Mark Fox is a prime example of a guy trying to do things the right way and winning a good amount of games and losing his job. If you want to test your moral character, making the kind of money we do and you’re trying to do the right thing and you just lost $2 million. You want to test your integrity? Test that. I respect the heck out of Mark Fox. I don’t know that other people - there are all types of businesses where guys are breaking the rules to get ahead and in our business, some people want to have the moral high ground on things.

“But it’s a tough situation to be running these types of programs and to know that there are things going on and you work your tail off for years with the amount of time you drive to a place or you’re away from your family and at these events and you don’t get a kid spending three years of your life recruiting people? That’s hard. That’s really hard. And it didn’t come down to anything you could control - and you play against guys like that? You see them in another jersey. Tough situation. Not surprised. Guys in this business know that there has been a lot going on in this business for a long time. What’s really challenging is to try to run a really good program doing things the right way at this level. It’s hard.”

Last fall, the federal law enforcement agency handed down a stunning indictment of coaches at Oklahoma State University, the University of Arizona, the University of Southern California, and Auburn University. Federal prosecutors alleged that the coaches partook in systematic bribery schemes that steered players to certain schools and funneled money to players from sportswear companies and professional agents when they are supposed to be amateur players.

Under one scheme, assistant coaches at the four schools mentioned above allegedly accepted cash payments from sports agents and financial advisers in exchange for encouraging incoming high school players to commit to certain universities. As SB Nation outlined, one coach collected $13,000. Another brought in $22,000.

In a second related but distinct scheme, a sportswear company funneled six-figure payments to players, through the coaches, for players to commit to schools with which the clothing company already had a business partnership. The University of Louisville was eventually confirmed to be one of the schools involved.

“Yes it did (catch me off guard). There are definite differences than what’s out there and what people need to understand,” he said. “There are guys who are doing things through third parties to get recruits and those sums of money are usually much larger. And then there’s an agent who works behind the scenes for himself for immediate gratification to do something that’s giving money or whatever it might be to secure that kid in a few months. Certainly, that’s what I guess happened with Jaron. We didn’t have any idea of any of it. Didn’t see it. I don’t know who Christian Dawkins is and haven’t seen him. Obviously, I’m disappointed in Jaron for that and I’ve told him as much.”

Brownell said with so many handlers, AAU coaches, parents, and agents involved in the lives of young basketball players, it’s hard to keep up with everything going on in a player’s life.

“That’s going on in most sports. That’s unbelievably difficult to police. You can’t know what’s going on with every player. You can do the education and tell players what they can and can’t do,” Brownell said. “There’s agents everywhere. They’re going to agents now have more access. Top high school players are going to have agents. That’s the new NCAA legislation. That’s the challenging aspect of the job because as a coach - how much can you be involved in all that? I’ve talked to a lot of different coach at the level and every coach is frustrated with it and don’t know the best way to handle it. There’s no way to really keep your players or their parents from dealing with those guys because it’s going to happen to some degree.”