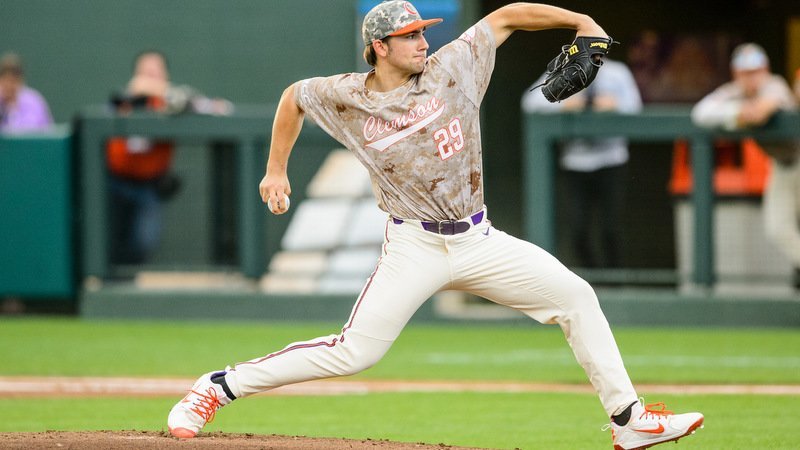 Strider is healthy and ready to compete for a spot.

This time last year, right-hander Spencer Strider was preparing for his 2019 campaign with the Tiger, with hopes of making a run to Omaha. But those hopes changed when Strider injured his arm and needed Tommy John surgery, which ended any hope of playing that season.

The injury was tough for the redshirt sophomore, as he badly wanted to contribute to the team and make a difference.

“I think the biggest difficulty was just not being able to help, feeling kind of useless,” Strider said. “I want to go out there and be able to play and contribute.”

Strider went through rehab and now has the chance to make the impact on the team that he wanted to last year. For him, that means being in the right mind to compete and not worrying about his injury or anything else that will hold him back.

“I think it is just the matter of finding the mentality to compete. If you constantly worry, you’re not going to be able to contribute. With whatever I got, I got to compete with that,” Strider said.

Head coach Monte Lee and pitching coach Andrew See want to be careful and ease Strider back into his pitching role. Nearly a year after his injury, he has the opportunity to pitch again, but he just needs to finish out some protocol before he can be officially cleared.

“I’m almost technically cleared. We’re at the tail end of the rehab process so it’s mainly just kind of finishing out the protocol," he said.

The Tommy John surgery obviously caused Strider to not be able to throw for a few months, and when he did begin to throw, he had to basically relearn how to do so. But with that came the opportunity to rebuild his pitches to become more effective.

“You literally relearn how to throw. I have had all this time with no timetable to essentially build my arsenal to what I want it to be. I’ve learned a ton,” Strider said. “To me, this was not a setback. It was an opportunity to improve so I feel like, even now, that I have gotten better.”

Starting pitchers in most leagues today need three pitches in order to be effective and show results. Since Strider had the time to rebuild his arsenal, he has focused more on his breaking ball to help become a better starting pitcher.

“The biggest improvement was my breaking ball. I knew that was the thing I needed to focus on the most, besides just general mechanics. I am really happy with my breaking ball right now,” Strider said.

Strider and the Tigers hope to see him take the mound at some point early on this season, if not possibly in Clemson’s first series of the year against the Liberty Flames (starting Feb. 14).