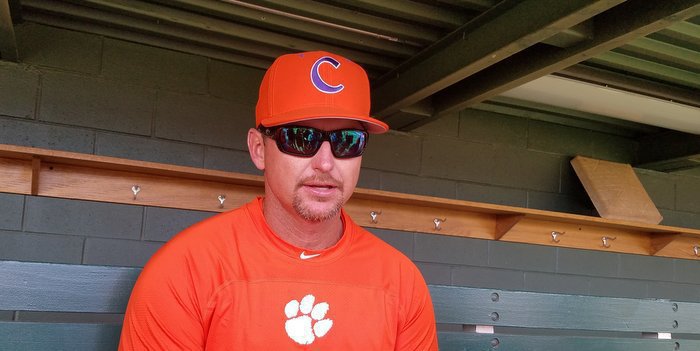 Wright State played in the Louisville Super Regional last season, losing the series 3-1 to the Cardinals.

The season opener marks the start of head coach Monte Lee’s second season at the helm of the Tigers, and he told the media Tuesday that his team is ready to compete against someone else.

“The big thing as a head coach is you want to feel like you've done everything you can do to prepare your team for the season to start. We've been blessed with such good weather, so we've been able to get outside a lot and play an awful lot,” Lee said. “All of the position players have 50-plus at-bats since we came back in January. We've been able to play a good bit, and we've been able to get in a lot of high-quality work. I've been really proud of the work ethic of the players, and I feel like we are ready. I feel like we are ready for Friday. I am the one that probably worries more than they do. I think they are just tired of playing each other. Opening Day is a lot of fun. The message is that they just have to stay as calm and relaxed as they can.”

Projected starting catcher Chris Williams was sporting a brace on his left hand, and Lee said Williams would miss the first part of the season. 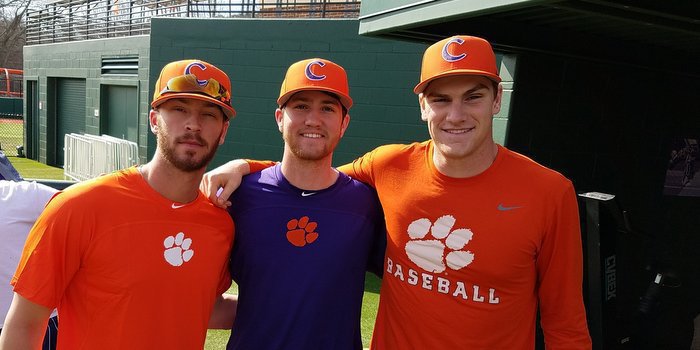 “He has, unfortunately, a hand injury," Lee said. "He hurt it in our intrasquad (game) on Sunday. He has a hand injury that is probably going to keep him out from what we think is about four to six weeks. That is a tough blow. Chris Williams is the first kid I signed at Clemson, so he is a special, special kid to us. We have to move on to Plan B, and those other two guys have to be ready for opening day.

“We hope, optimistically he can come back in time for the start of ACC play. It is typically in that four to six-week time frame, and we hope he comes back pain-free and can get the reps and be ready to play. We hope he can start catching here in about three weeks, but the big thing is how he feels swinging the bat.”

Plan B involves junior Robert Jolly and freshman Kyle Wilkie. Jolly is a career .268 hitter with a .369 on-base percentage in 76 games and Clemson’s first lefthanded-hitting catcher since 2000. Jolly also has considerable experience as the Tigers’ designated hitter the past two seasons.

“They are not experienced, but they bring different things to the table. One is more offensive, and one is more of a defensive-type catcher,” Lee said. “We are going to evaluate it today and tomorrow and try and make that decision by Thursday. I feel very good about both of them, but they have to work and be ready. This is like your starting quarterback getting hurt, and you have to put the next guy in.”

Lee then announced his weekend rotation.

“We like our starting pitching with Barnes, Krall, and Eubanks. That will be our starting rotation. We will go with Charlie Barnes in game one, Pat Krall in game two and Alex Eubanks in game three,” Lee said. “We feel very good about those three guys because of the experience that they bring. Tyler Jackson is also a guy we can bring in short out of the pen and also start him mid-week. We have strike throwers in the starting rotation and the bullpen.”