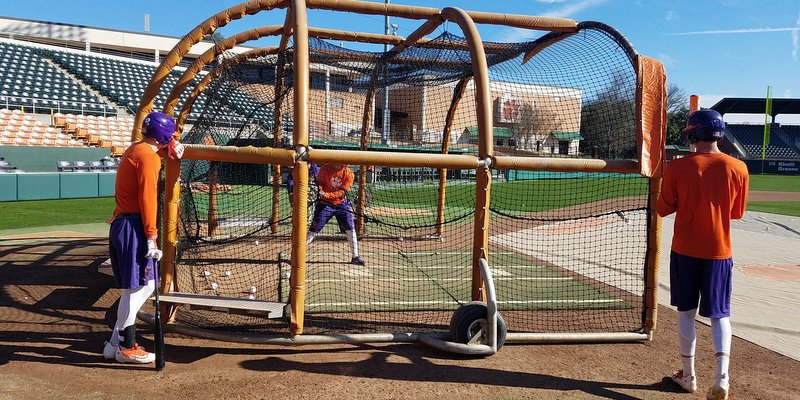 Lee talks to the media Friday

CLEMSON – First pitch for the 2017 baseball season is still three weeks away, but there is already an air of excitement at Doug Kingsmore Stadium.

The defending ACC Champion Clemson Tigers held the first practice of the season under sunny and breezy conditions Friday afternoon, and head coach Monte Lee said his team will build off of last season, his first at the helm.

“Obviously, we're going to build off of a lot of great lessons from last year's team and last year's accomplishments. We won an ACC Championship,” Lee said. “Twenty-four of our 44 wins were come-from-behind, so I really think it exemplified the toughness of our team last year and the message of our team every day, which is to compete every pitch, practice as hard as you can pitch by pitch, rep by rep. We're very process driven in our program and I think our guys really bought into that last year and that's something we can build upon this year. From an expectation standpoint, our expectations are very, very high in how we practice and how we play the game.”

Lee returns six of nine position starters and pitchers who made 48 of the 64 starts (75 percent) on the mound in 2016. Clemson returns 2016 Dick Howser Trophy winner and ACC Player-of-the-Year Seth Beer and fellow first-team All-American Pat Krall, a senior lefthander. 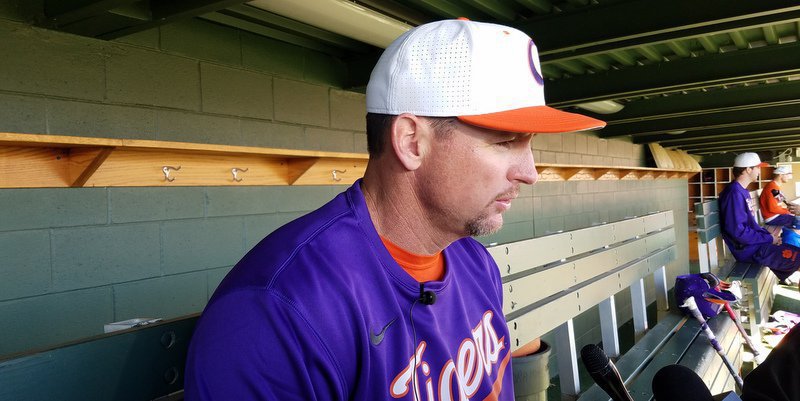 Lee talks to the media Friday "

The Tigers won the ACC and earned a national seed, but lost in the NCAA Regionals to an Oklahoma St. that wound up going to Omaha and the College World Series.

“We had a great year last year, but we did end our season right here at Clemson in a Regional and we did not win our Regional, and we did not advance to the Super Regional round with the opportunity to be two games away from going to Omaha,” Lee said. “As great as the year last year was, and I'm so proud of last year's team and all of the guys returning, the message is, 'Yeah, we had a great year last year, but we ultimately didn't wind up where we wanted to be.' The guys have come back with a chip on their shoulder. They're very hungry to get today started, to compete against each other and three weeks from now we'll start our season against somebody else in the other dugout. The expectations are high. I think our guys are ready to go and we're very excited about today.”

Lee pointed out that the Tigers have more experience – and depth – on this year’s pitching staff.

“Last year at this point Charlie Barnes had one or two career starts, Paul Campbell had one career start and Clate Schmidt had six as a junior. I think we were returning 6-2-1 or 6-1-1. I know this, we returned less than 10 starts on last year's teams,” Lee said. “This year, just between Krall, Barnes and Eubanks, we return about 250 innings. Just in that regard, we've got three guys that threw a significant amount innings. We've got a fifth year senior who transferred in here in Tyler Jackson who threw statistically better than any pitcher we had here this fall. He's got a lot of experience. Brooks Crawford threw significant innings as a true freshman along with Ryley Gilliam.

“Paul Campbell is back and better. Pat Andrews is healthy and throwing the ball really, really good. When you look purely at our returners, we've got some depth and some experience. Positionally, we've got some experience. I think there's comfort in experience. I think you definitely know what to expect out of those guys when they toe the rubber, and they run across the dirt for the first time. The anxiety and the pressure and all of that stuff isn't going to get to those guys simply because they've been there, they've done that, and they've got some strikes on their sleeve.”

The Tigers open up their 120th season against Wright State in a three-game series at Doug Kingsmore Stadium from February 17-19.