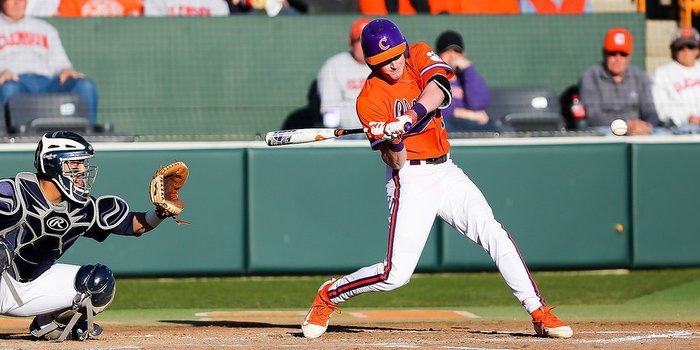 Clemson fans will see only DeMarini bats in the Clemson dugout

CLEMSON –Freshman sensation Seth Beer turned a 1-2 slider into a rocket to right-center Sunday afternoon, the ball disappearing over the wall near the DeMarini logo in right field. His grand slam, hit with a DeMarini bat, was the second homer of the day for a Clemson player as the Tigers took two out of three from Maine in the opening series of the season.

Clemson scored 19 runs and pounded out 22 hits in the victory, and the Tigers scored 34 runs in the three-game series, a good showcase for Clemson’s new bat manufacturer of choice.

Bat endorsement contracts continue to be lucrative deals for some programs through cash compensation and free products. The contracts can help offset the salaries of some coaches on staff, and in return, the manufacturers get invaluable exposure for their products. 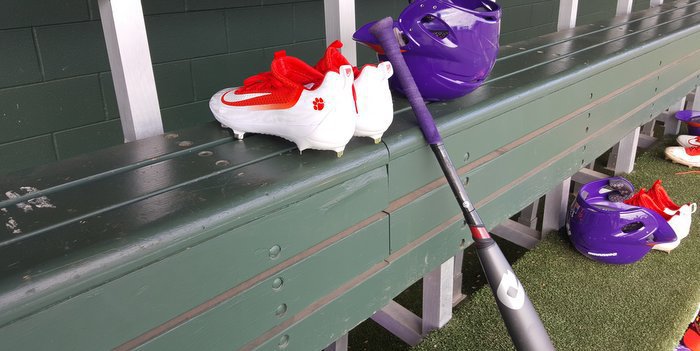 Clemson fans will see only DeMarini bats in the Clemson dugout "

New Clemson first baseman Chris Williams grew up using Rawlings but has made the transition to DeMarini.

“I used to use Rawlings, because I really like Rawlings,” Williams said. “Making the transition to DeMarini was different, but I think everybody on the team loves the DeMarini bats. You can tell that everybody loves swinging the DeMarini bats, and there aren’t any problems with them.”

Lee said the Tigers now have a three-year deal with DeMarini.

“I have a three-year deal right now with Wilson DeMarini. I used them in Charleston, and we had a lot of success with them,” Lee said. “When I came here there was really no other option for me. We did look at all of the different companies, but Wilson DeMarini is who I wanted to go with, and I wanted to get the contract with them so we could get their equipment. “

Beer said he has always used DeMarini and wouldn’t want to use any other model.

“I was a DeMarini guy all through high school. I’ve always swung DeMarini,” Beer said. “So when I heard we were going with the DeMarini I was so excited. I am comfortable using DeMarini, and I feel like it’s helping our team right now.”

Lee concurred, saying the players have embraced the change from Easton.