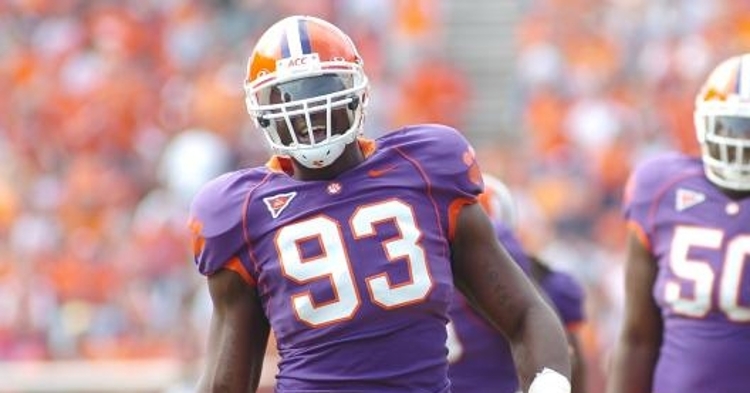 Adams ranks second in the Clemson record books in sacks.

The late Gaines Adams posted one of the more memorable seasons for a Clemson defender in the 2006 campaign.

The TigerNet Top-5 formula weighs a number of factors in the ACC era, including national awards, All-America and conference honors as well as school single-game, single-season and career records. An impact rating on that team success and the intangibles involved are also judged in that mix. And wrapping up the college aspect, we take how NFL scouts judged them with their draft position.

Clemson’s legacy at D-end has been especially built-up at the turn of the century for the Tigers defensively. From the last decade, Shaq Lawson occupied the No. 5 spot after a consensus All-America run and first-round NFL draft selection.

Adams is next up in the countdown:

Why he’s here: Adams was named both a unanimous first-team All-American and the ACC’s defensive player of the year in 2006.

He totaled 17.5 tackles for loss (third in ACC) and 12.5 sacks (1st in ACC and 3rd nationally), as well as six pass breakups and also a defensive TD that helped flip a win at eventual-ACC champ Wake Forest that season:

Adams was named a finalist for the Nagurski Award, which is handed out to the best defensive player in college football.

The Greenwood native is tied for second in Clemson history in career sacks (28) and his single-season total as a junior is tied for fourth in the school record books. He left Clemson with the most pass breakups for a defensive lineman (21).

Adams tied Banks McFadden at the time for the highest NFL draft selection in Clemson history at No. 4, to the Tampa Bay Bucs, in 2007.