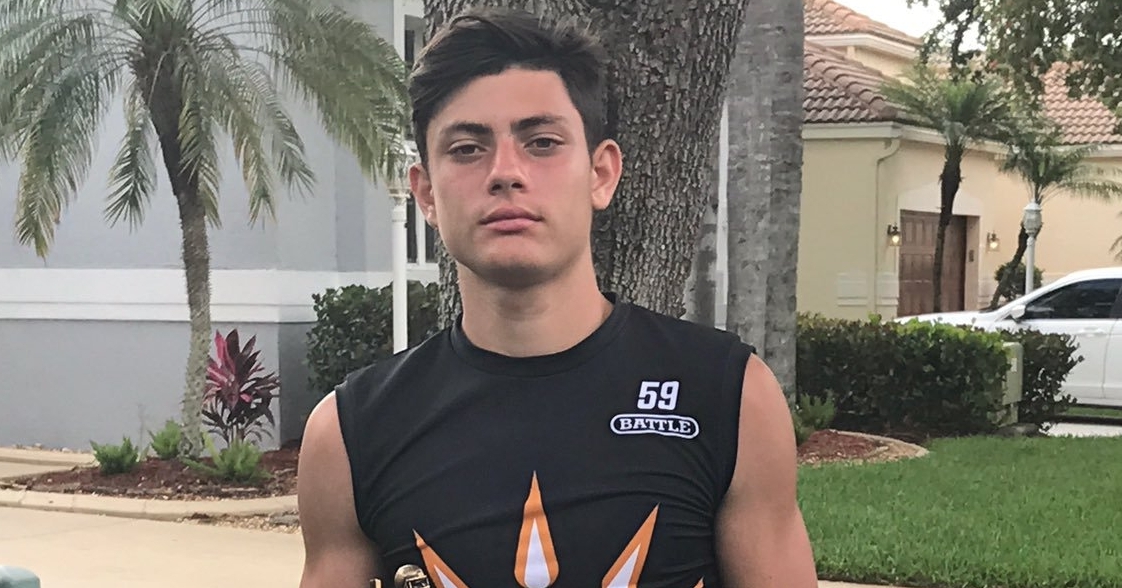 The Clemson coaching staff is once again targeting a top receiver out of the state of Florida.

Clemson has a long history of taking playmakers out of the state of Florida, including players like Sammy Watkins, Artavis Scott, Deon Cain, and Ray-Ray McCloud. The newest offer to a Florida receiver went out over the weekend to 3-star 2021 playmaker Troy Stellato (6-0 172) of Fort Lauderdale (FL) Cardinal Gibbons.

“I haven’t been up to Clemson yet so I don’t really know yet (how I feel about them), but I watch them all the time and I love how they operate their offense,” Stellato said. “I’m sure after I visit they will be very high up there on my list.”

Clemson receivers coach Jeff Scott was among a bevy of recruiters who scouted Stellato Friday night before he flew off to Columbus. His recruiting has taken off as well with nearly 20 offers over the last three weeks. Stellato showed what he could do last season with 44 catches for 706 yards and 5 touchdowns. This season he has 21 catches for 373 yards and 3 touchdowns according to MaxPreps stats. And Scott apparently enough Friday night from Stellato to call with his offer.

“They love my speed and my ball skills,” Stellato said of what he’s heard from Scott. “And with them, they think I could be there new (Hunter) Renfrow.”

Stellato also has visited Alabama, Tennessee, Kentucky and Michigan and said he doesn’t have any other specific visits planned at this point. He said he is looking at a decision this summer.

In six games this season, Stellato has racked up 21 receptions for 373 yards and three touchdowns. As a sophomore in 2018, he recorded 44 catches for 706 yards and five scores.

Wow god is great!! After a great talk with @coach_jeffscott I am Extremely honored and blessed to have earned an offer from CLEMSON University???? #ALLIN???? @JohnGarcia_Jr @Redskins32 @rivalsmike @SleeperAth1etes @5manfree pic.twitter.com/opqfc5610n