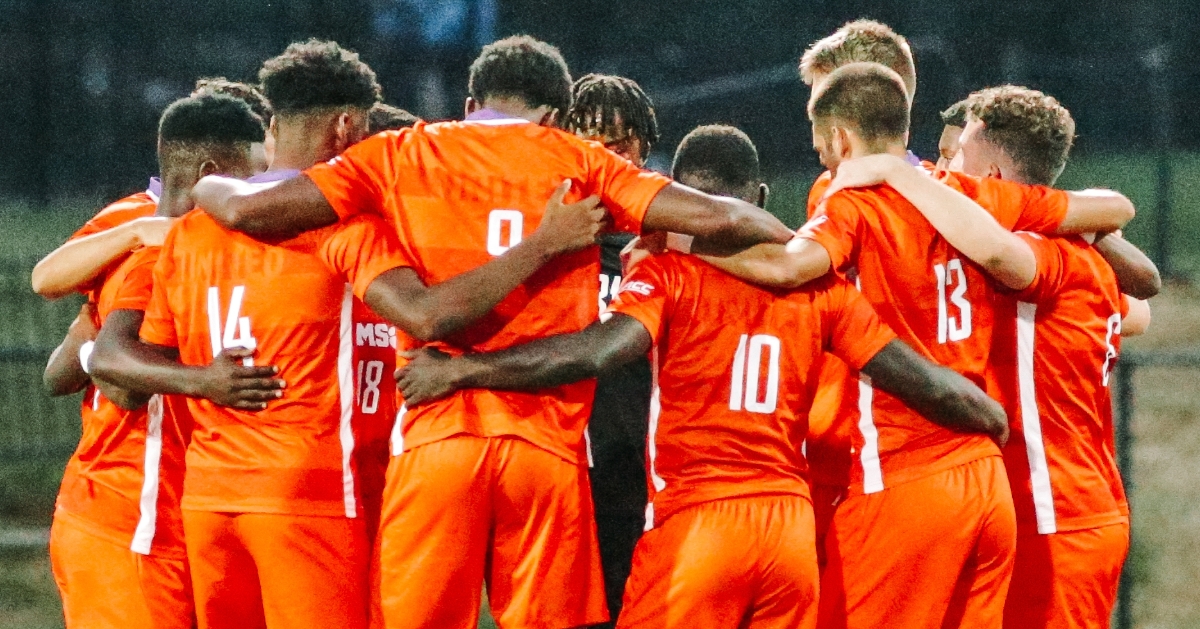 BIRMINGHAM, Ala. – Ousmane Sylla’s fourth goal of the season proved decisive for the No. 1 Clemson Tigers in a 2-0 win on the road against UAB (2-3) on Tuesday night. The Tigers advanced to 6-0 with the victory and Sylla extended his streak of recording at least one point in each match this season.

Following a relatively even first half, the Tigers came out and dominated the final 45 minutes, outshooting the Blazers 14-3. Joseph Andema made a career-high five saves en route to his third clean sheet in as many starts.

The first half of the match went by relatively harmlessly, with Andema making three saves against the Blazers attack. Clemson earned four corners to UAB’s one in the first frame, but the teams went to the break scoreless.

The second half was an entirely different story, as Sylla came out looking to take over this match. He broke through on the counter attack with speed on two separate occasions, but one of his shots was stopped by the keeper and the other rolled just wide of the right post.

Sylla’s third chance of the half came on a through ball from Elton Chifamba that put him into the box with space. The Senegal native cut inside and blasted a right-footed finish into the back of the net to put the Tigers ahead in the 63rd minute.

Clemson’s second half onslaught continued, as Tim Strobeck was on the receiving end of an Adam Lundegard long ball. Strobeck powered into the penalty area and played a beautiful ball across the face of the frame that Tyler Trimnal knocked home for his first career goal with just under 10 minutes remaining in the match. The Tigers controlled the final minutes and left Birmingham with the 2-0 win.

Up next, the Tigers return home to host the Syracuse Orange in a Friday night matchup at Historic Riggs Field. The match will be broadcast on ACC Network and begin at 7 p.m.