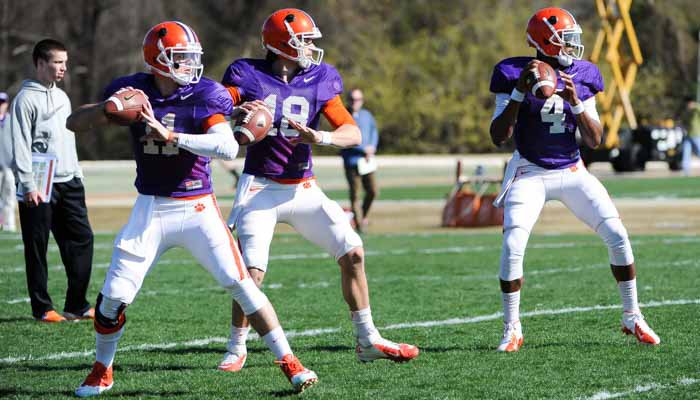 ATLANTA, GA – Hang around any college football program long enough, and you’ll recognize that the atmosphere in the aftermath of any loss is usually one that leads to second-guessing, armchair quarterbacking and finger-pointing.

If it’s a particularly depressing loss, all of those events increase ten-fold, and Clemson’s loss to Georgia Tech Saturday in Atlanta was particularly galling. The big question – if recruiting has been going as well as we’ve been led to believe then how can this team and this offense be so reliant on one player?

It also leads fans to question every part of the program, including strength and conditioning and even team doctors. On the ride home, we sat and talked about the state of the Clemson program and it became evident early in the conversation that Clemson’s depth has been hurt by injuries this season, but in looking back at previous recruiting classes it also became evident that there are a significant number of recruits who are either done playing because of physical problems, have transferred out of the program or been dismissed by head coach Dabo Swinney

Add in early entrants into the NFL Draft and Clemson’s depth – or lack thereof – becomes particularly noticeable. Obviously the numbers are skewed because many of the players who leave or are dismissed or have injuries have their spots taken by recruits at some point over the next two seasons.

However, many of those spots are taken by walk-ons and that was never more evident than Saturday when freshman Deshaun Watson

Cole Stoudt
Sr. Quarterback
#18 6-4, 231
Dublin, OH
View Full Profile was ineffective, but the next three options on the depth chart are either former walk-ons or walk-ons.

A closer look at the numbers - and you can make your own decisions - but a startling 25 players from the recruiting classes from 2010-14 are either no longer with the program or have had their careers cut short by injury. When you have only 85 scholarships, that’s a big number.

Listed below are all of the players who signed with Clemson and are no longer on the Tigers roster for one reason or another. If even just a few of these were still in school it would greatly improve Clemson’s depth, especially on the offensive side of the ball.

There are 4 wide receivers, two running backs, and six offensive linemen no longer with the Clemson program.

3-star quarterback Tony McNeal – forced to retire due to injury

Add in Clemson’s injury situation this season, and it makes it even tougher to develop the depth needed to survive a season like this one. Watson and left guard David Beasley

How bad has it been on Clemson’s offensive line the past few seasons? Tight end Eric Mac Lain

Dismissals. Injuries. Transfers. It’s all in the numbers.