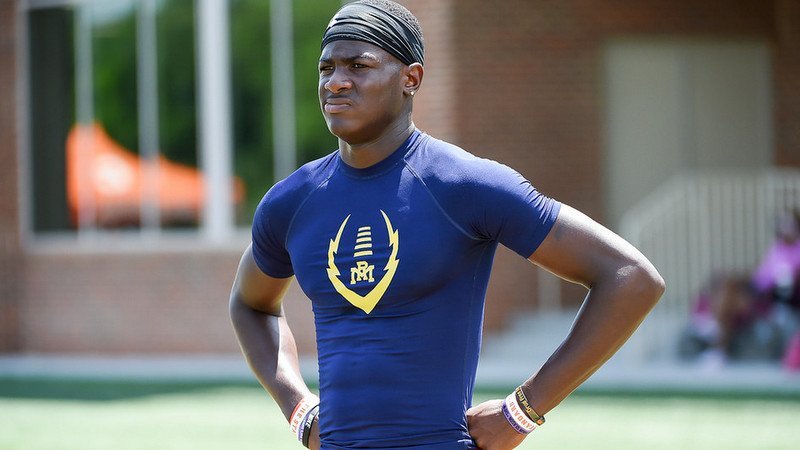 Battle works out at Clemson's camp earlier this week

Shyheim Battle was back on Clemson’s campus earlier this week, making the trip from his home in North Carolina with his father and high school teammate Greg Bynum.

Battle, the 4-star cornerback out of Rocky Mount (NC), is considered a priority target by a Clemson coaching staff that knows it could lose more than one cornerback to the NFL next January.

Battle was an observer for one session of head coach Dabo Swinney’s high school camp and then worked out on Wednesday. Battle feels he impressed the coaches again and the Tigers remain at the top of his list along with NC State.

"It was good, I had a great time at camp and just chilling around in the facility. I had a good time," Battle said. I worked out today. Yesterday I was just chilling and watching. I performed pretty good. Coach (Mike) Reed showed me some things I need to work on but I performed good for the most part."

Reed has impressed upon Battle the chance for early playing time.

Battle said Clemson wants him to return for the All-In Cookout in late July, and Reed suggested he'd love for him to make the call and jump on the board with the Tigers.

"Coach Reed said he wanted to go ahead and try to get a commit in but I told I'm just taking my time right now. I'm just taking all of my visits right now and stuff like that," Battle said.

Battle visited NC State on Thursday and came away from the two visits with his top two schools neck-and-neck.