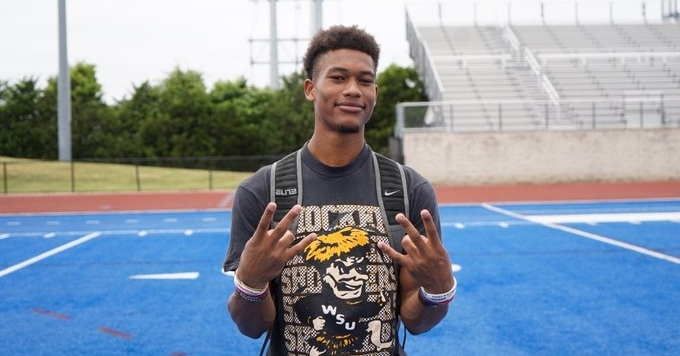 Noble Johnson was in town for an unofficial visit last week and received the offer that preceded his commitment.

Clemson continues to do strong recruiting work in the state of Texas.

He’s the Tigers’ fifth commitment of the week and the ninth for the 2023 recruiting class, and the second that calls the Lone Star State home, after 4-star lineman Ian Reed's addition (Austin, Tx.). The pledge bumps Clemson into the top-10 of the 247Sports Team Composite rankings (9th).

Johnson was in Clemson last week during Dabo Swinney Camp and plans to return for his official visit the last weekend of September.

Receivers coach Tyler Grisham led Clemson’s recruiting effort with head coach Dabo Swinney adding his usual input. Johnson said it was a pleasure to meet all the coaches on his visit last week.

“What I like about them the most is the coaching staff,” Johnson said. “They are all very animated. There’s a lot of energy and not a lot of toxicity in the room. I also liked the facilities and the Life After Football program.”

Johnson said in talking with Grisham and Swinney, he got a good idea of how they will use him in the offense. 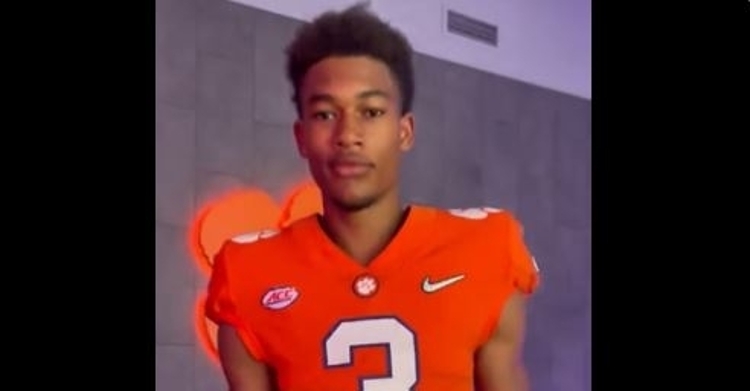 Noble Johnson was in town for an unofficial visit last week and received the offer that preceded his commitment."

“They said I would be the boundary receiver,” Johnson said. “Coach Grisham told my trainer that I’m more polished than half the receiver room. They really like me. I bring a lot to the table. My speed, physicality, my route running, how fast I get in and out of breaks, my intensity, my football IQ and I can read defenses. I really check everything off. I feel like Clemson is a place where I can dominate the most.”

He hauled in 49 catches for 875 yards and eight scores last season.

Johnson has also committed to play in this season’s Under Armour All-American Game.

Excited to say I am committed to Clemson!!! Happy to say I started a new journey! pic.twitter.com/eB63zuf4ks