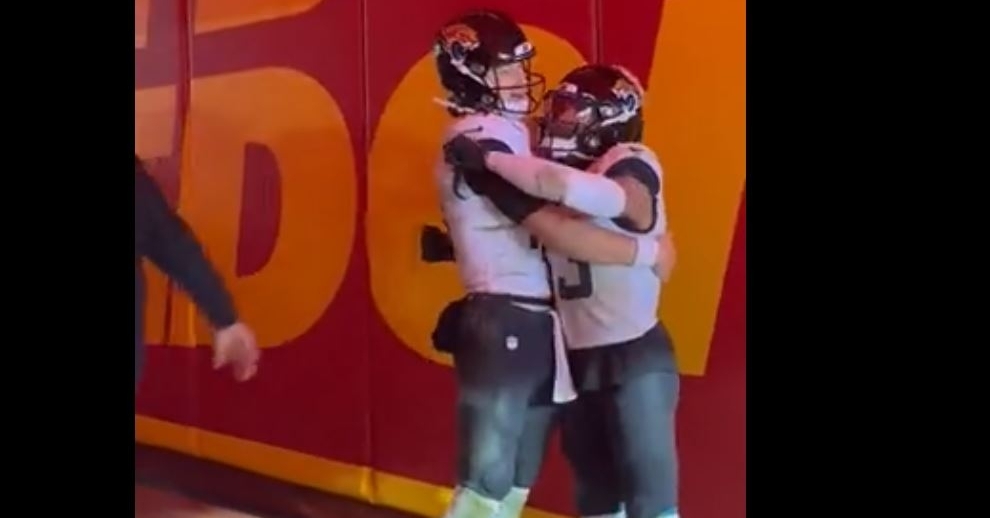 Lawrence encouraging his teammaters after the season-ending loss

It was an impressive season for the Jacksonville Jaguars as they took the next step despite losing to the talented Kansas City Chiefs in the 27-20 playoff loss on Saturday.

Former Tiger Trevor Lawrence showed all season what a great franchise quarterback he is and after the game, he showed that what a classy leader looks like too.

After the hard-fought loss, Lawrence was walking to the locker room but stopped to congratulate and encourage his fellow teammates.

Trevor Lawrence exited the field after his first playoff loss and (attempted, before being encouraged to exit by security) waited to congratulate each of his teammates

Lawrence tweeted the following message to his fans: "Tough night. Thank you to everyone that was with us on this ride. We will be back."