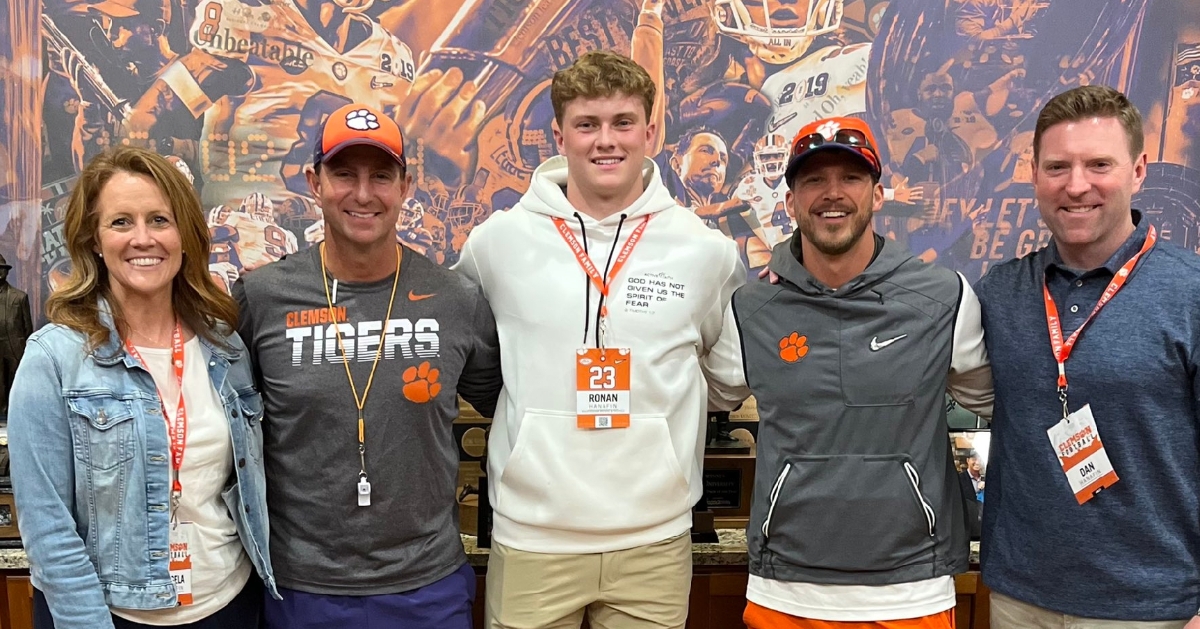 Ronan Hanafin picked up a Clemson offer in late March and committed to the Tigers on Sunday.

Clemson restocked its future wide receiver group with a four-star addition out of Massachusetts.

Cambridge’s Ronan Hanafin (Cambridge, Mass.) committed to Clemson on Sunday. He is a unanimous 4-star prospect as an athlete and rated as high as No. 166 overall and the No. 13 athlete (247Sports).

Hanafin’s recruitment picked up this year with offers from Clemson, as well as Alabama, Miami, LSU, Oklahoma, Georgia, Ohio State and Michigan.

He made official visits to Clemson, Alabama, Notre Dame and Boston College.

Hanafin added his Clemson offer on a visit in late March during spring practice.

Clemson is now eighth in the 247Sports Team Composite rankings with 20 commits, pacing the ACC.

Hanafin joins 4-star receiver Noble Johnson (Rockwall, Texas) in Clemson's class, to go with 247Sports Composite 5-star QB Christopher Vizzina (Birmingham, Alabama). From September until June, 4-star receiver Nathaniel Joseph was a part of the class until he flipped to his hometown team of the Miami Hurricanes.

Yea, this is right. Congratulations @RonanHanafin and welcome home 🐅 📈 pic.twitter.com/98OGDe8Cl7

IT’S A GREAT DAY TO BE A CLEMSON TIGER!! #We2Deep23 #WRU #ALLIN pic.twitter.com/Yx8nlWBKhQ