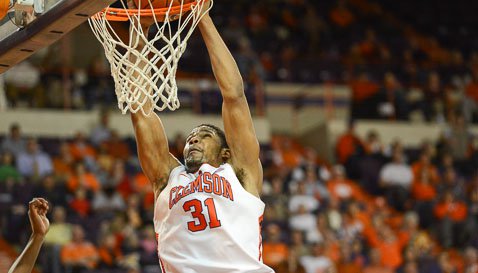 Will I Ever See the Day?

I really don't like writing negative blogs about Clemson athletics. My favorite ones are the ones after big wins and high hopes, but bare with me today.

This Thursday Clemson will play in the Atlantic Coast Conference Men's basketball tournament in Greensboro.

My first recollections of the ACC basketball tournament were the powerful teams at NC State led by David Thompson. The Tar Heels had Phil Ford and crew. Wake Forest had Skip Brown and Hot Rod Griffin. Maryland had Len Elmore.

As a kid, I would fake getting sick so I could stay home from school and watch the first round action. On the years where my mom and dad figured me out, I took a small transistor radio to school and snuck in a few updates throughout the noon game.

The ACC tournament was so big that a couple of years our teachers let us watch the games instead of having regular class.

The ACC tournament was bigger than big. It was an event. It was something you looked forward to starting in late February.

I remember Tree Rollins leading a monster effort before losing to to the Tar Heels in the semi-finals one year. I remember Jeff Lamp leading Virginia to a title a little later. The tournament produced heroes that seemed larger than life.

However, today it's just not the same. Maybe it's because I am older and realize basketball is not the most important thing any more. Maybe it's because so many teams get into the NCAA tournament instead of just the champion getting in like it was in the early seventies.

My guess though is that the main reason it is not the same any more is the losing has taken its toll. As a Clemson fan, the ACC basketball tournament is just not our cup of tea. Sure we have had a few big wins like when Greg Buckner

Greg Buckner
Forward
# 0, 0
,
View Full Profile slammed the Tar Heels hopes or when Oliver Purnell led us to only our second championship game. But in almost every other year, the ACC tournament leaves Clemson fans without much hope for doing any better the next year.

My guess is that this is what Duke football fans feel like in bowl season.

I have been to a couple of ACC tournaments and found the event to be overrated. A bunch of rich, old white men smoking cigars and swapping stock tips in the concourse area while the first round games are played in a half empty arena.

Unfortunately, the first round is about the only memories we have as Clemson fans. In some years we didn't even feel like part of the tournament because of our losses in the play-in game.

Many Tiger fans find their tournament experiences ending after the first round each year as opportunistic North Carolina or Duke fans barter for the rest of their ticket booklets.

I know some of you love going to the event, but I still can't figure out what is so great about watching the Tigers get beat in the first round then sitting around and watching the enemy play basketball.

As I get older my hope is that it won't always be this way. I would love to look forward to going to the tournament each year and having the feeling that we have a legitimate shot at winning it each year. I have never pulled for the Chicago Cubs but this is what it has to feel like.

I am optimistic as ever about our football program and its bright days ahead. I think our baseball team took a big step forward with this past recruiting class and I have hope that a return to our glory years are not too far behind. Unfortunately I can't honestly say the same thing about our basketball program.

Will I live long enough to see the say where we have a legitimate shot to cut down the nets at the ACC tournament? I am not sure but I am trying to take better care of myself so I might live a little longer and give myself more opportunities. Maybe I shouldn't watch us Thursday night since watching Clemson in the ACC basketball tournament feels like it takes years off my life.