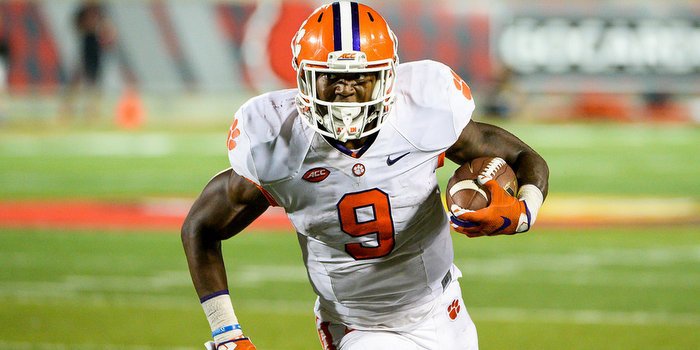 Georgia Tech came into 2015 with high expectations based off of last year's 11-3 season that included wins over Clemson, Georgia and Mississippi State in the Orange Bowl. However, the Jackets have been a major disappointment this season and enter Saturday's game at Clemson with a 2-3 record and a three-game losing streak.

The Ramblin Wreck got off to a great start with huge numbers in wins over Alcorn State and Tulane, but the last three games have seen Tech fall to Notre Dame, Duke and North Carolina. The Jackets are in a huge hole in the same Coastal Division where they were pre-season favorites.

Paul Johnson is known for his offense that produces big plays, but that has not been the case during the losing streak. Tech's biggest offensive run Saturday in the loss to North Carolina was a 20-yard run.

Injuries and inexperience have hurt the skill positions. Georgia Tech lost eight of its top 11 rushers from a season ago and four of its top receivers to graduation. Injuries at the A-Back position have forced freshmen into duty. Four of the top six A-Backs are freshmen. This has affected the Jackets on two fronts. First, many of the long runs of a year ago were by the A-Backs. Second, the downfield blocking from the A-Backs is sometimes crucial to the big play capability in this offense.

Quarterback Justin Thomas has been solid, but not spectacular so far. Some feel he has put too much pressure on himself and tried to do too much this season.

Perhaps the biggest disappointment on offense has been the offensive line. Tech felt they had the best offensive line in the ACC coming into the season, but that has not been the case to this point.

Injuries have also been an issue on defense as Tech has given up 30, 34 and 38 the last three weeks. KeShun Freeman is a star defensive end that has played well, and the Jackets get back Adam Gotsis, who was ejected during the first half of the North Carolina game.

I don't have to tell you that Johnson and the Yellow Jackets have been a big thorn in the side of Clemson through the years. I also don't have to tell you that the Ramblin Wreck will play with their hair on fire in an attempt to save their season Saturday. Finally, we all know Clemson is coming off of an emotional thriller this past weekend with the win over Notre Dame.

But we also need to remember that when Tech beats Clemson it is usually in Atlanta, and it usually happens when the Yellow Jackets are experienced and talented. This game is in Death Valley, and this is not Johnson's most talented or experienced team.

With that said, this one has trap game written all over it. There is enough talent to beat Clemson if the Tigers have the Irish flu or if Clemson turns the ball over. If not, it could be a long day for the Jackets.