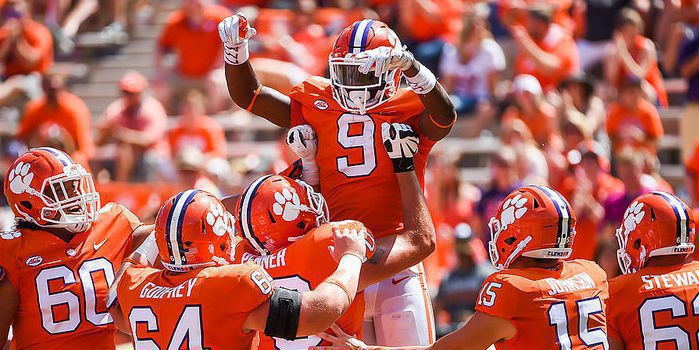 As football seasons progress we learn more about every program. Unfortunately this time of year there are as many questions as there are answers. Like many of you, I have read every preseason magazine, but until we see it on the field, no one really knows.

Auburn and Clemson are great examples. How good is Jarrett Stidham? Against Georgia Southern, he did not look like the potential star we saw in his freshman year at Baylor.

Kamryn Pettway had a phenomenal sophomore season last year, but he was suspended for the opener. Will he have any rust?

Auburn's offensive line features Braden Smith, a potential All-American. It also features two question marks at tackle. And consider Chip Lindsey is the new play caller for the offense as Gus Malzahn has stepped aside from those duties.

Kevin Steele did a great job against Clemson last year, but he has new faces in new places this season and is missing Montravius Adams and Carl Lawson. Marlon Davidson and Derek Brown are highly rated defensive linemen, but how is the depth?

Maybe the only thing we really know about Auburn is placekicker Daniel Carlson is as good as anybody in the country.  I don't expect any opportunities for kickoff returns this weekend.

But what do we really know about Clemson?

Kelly Bryant looked great in his first start, but can he handle the pressure of Auburn's defense? If Steele loads the box can Bryant be effective enough in the passing game to take advantage? In a close game late, can Bryant lead a two-minute drill?

Are Clemson's running back's ready for a big challenge?

Auburn's offense will put pressure on Clemson linebackers. Is Tre Lamar ready for his biggest test yet?

Last week Will Spiers was forced to punt only once. What happens this Saturday night when the stakes are higher?

Saturday night will provide answers to these questions. We will find out a lot about these two programs. Is Auburn ready to take the next step like some have forecasted in the preseason?  Auburn's seniors are 6-7 in road games.  Are they ready to win a big game on the road?

A loss doesn't kill either team's chances at any of their goals, but a win looks good for their resumé.  Saturday night won't tell us everything we need to know about each team, but it will give us a much better idea of what each team has moved forward.