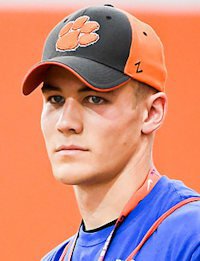 Video Description: SB Nation interviews five-star QB Hunter Johnson about what drove him to Clemson, including faith and family.

"I was calling Coach Swinney one time and I asked him what he was doing and he was like, "I’m in the middle of Publix, getting a sandwich," because that’s just how he is. [He’s a] real guy and he does what he wants," Johnson said.

Nation's No. 1 QB Hunter Johnson the most athletic QB here at The Opening. Big testing score for #Clemson commit. pic.twitter.com/52D3cYdPjp