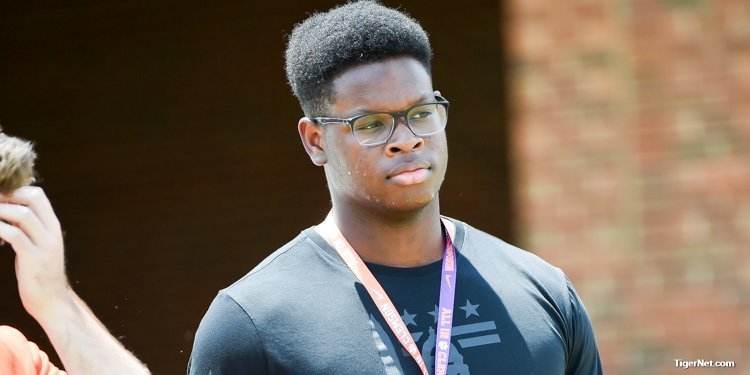 "The recruiting process has been an exciting adventure, and I have been given the opportunity to meet some very influential people," Murphy said as he announced his commitment. "I would like to thank all the schools for their hospitality and the coaches taking time out of their day to visit with me and my family. Throughout this process, I have not only considered what school would be best for me on the field but off the field as well. In addition to pursuing my career in football, I will also be majoring in engineering. With that being said, I plan to continue my academic and athletic career at Clemson University."

Murphy told TigerNet earlier this month that he loves the fact that Clemson is about more than football.

“Really, it's the great environment that they have and the great players that they produce because of the atmosphere and what they teach into the boys - the PAW Journey program,” Murphy said. “After college, they really try to push them into the real world by giving them job opportunities, internships and some of them went out of the country. Some of them went to New York over spring break. That's what I really like to see out of Clemson.”

Murphy's pledge is a fifth 5-star commitment in the last two months, strengthening Clemson's grip on the No. 1 class for 2020.