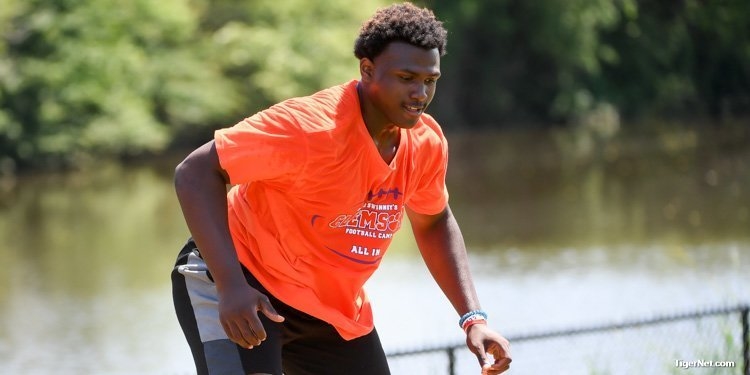 ESPN redid its 2020 recruiting rankings recently and that’s meant some movement for a number of Clemson commits and targets.

One of the biggest moves up was from recent Rivals camp MVP and offensive tackle prospect Walker Parks, who jumped 147 spots to No. 87 overall, the No. 13 offensive tackle and the top player in Kentucky.

In the top-tier, offensive line commit Mitchell Mayes moved up to the No. 1 offensive tackle and No. 11 overall. Defensive tackle Bryan Bresee is No. 1 among defensive tackles but was leapfrogged by a couple more five-stars to No. 8 overall.

Among top targets, previously ranked No. 20 QB DJ Uiagalelei stayed the No. 1 QB but fell to No. 50 overall. Also in the top-50 is defensive end Myles Murphy (up three spots to No. 2), wide receiver Julian Fleming (up one spot to No. 4), defensive end Jordan Burch (up six spots to No. 6), linebacker Justin Flowe (down one to No. 7) and running back Demarkcus Bowman (up 12 spots to No. 24).