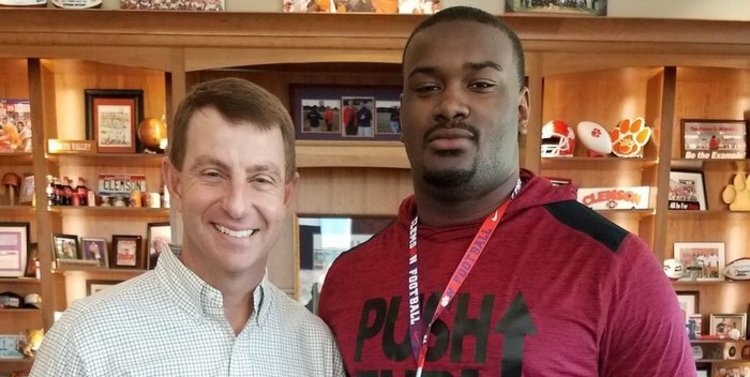 Jefferies earned defensive player of the year after posting 19 tackles for loss and seven sacks as a senior.

Rated as high as a four-star prospect by ESPN (No. 22 DT), Jefferies committed back in June, citing Clemson as feeling "like home from my very first visit."

Brings to Clemson: Playing D-end and D-tackle in high school, Jefferies showcased his skills in getting into the backfield and making plays. The athletic D-lineman has a strong motor and comes from a background as a team leader with Newton.

Coach Swinney on Clemson's Signing Day on Darnell Jefferies: "When I think of him, I think of Jarvis Jenkins... that type of body type, long, athletic big guy, He's got all the tools. He's got the ability to rush the passer, but the pure size you love to have inside to gobble up those linemen."

Depth chart fit: Outside of a possible exit of projected first-round pick Christian Wilkins, the returning defensive tackle group is pretty deep - led by a returning junior in Dexter Lawrence. Coming in with another tackle signee in Josh Belk, one's possible, but likely not both to see the field as a first-year.

Number to know: 19 - In addition to a pick-six, Jefferies tallied 19 tackles for loss as region defensive player of the year his senior season.