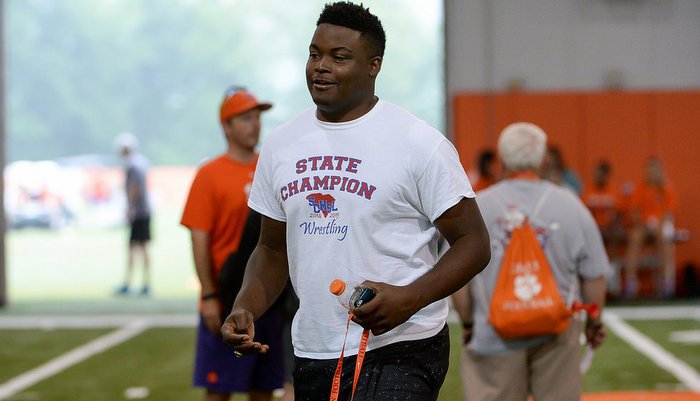 Simpson was a huge get for the Tigers

4-star 2016 offensive guard John Simpson committed to Clemson over his other finalist Florida at a high school ceremony on Wednesday afternoon.

Simpson is a consensus 4-star offensive lineman by all the major recruiting services and was a main in-state priority for the Tigers.

He was on Clemson's campus two weeks ago for his last official visit and had taken several trips to Clemson in the last two years. The big-time prospect was reportedly close to pulling the trigger on the Tigers several times but waited until 2016 National Signing Day.

TigerNet spoke with Simpson last year, and he had the following positive impressions of Clemson.

#Clemson signee @BigJohn__16 said the family atmosphere of the Tigers won him over. Went where it felt like home. pic.twitter.com/E6cFHZGtU9

Region Champ And 100th Win All In One! pic.twitter.com/a62NFTXWGx

Our offensive line from now on will only be referred to as THE GREAT WALL OF CLEMSON. Will respond to nothing else #BeardGang #union #TGWC

#Clemson getting a good one. @BigJohn__16 today on why he chose the Tigers and @Coach_TElliott. #ALLIN #NSD2016 pic.twitter.com/03EZzdJXMO