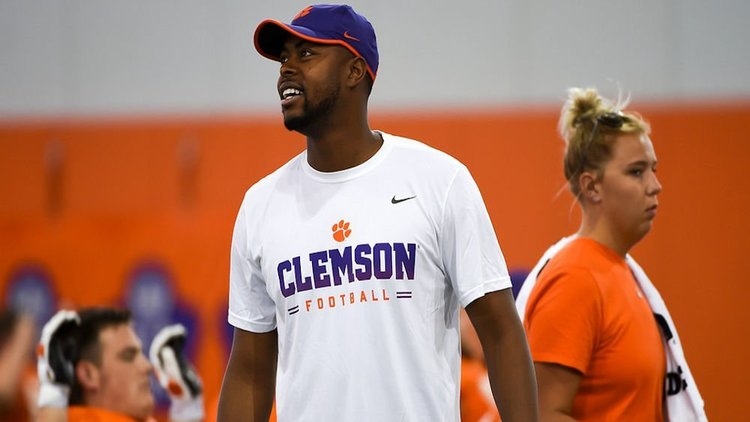 Dye was a graduate assistant with Clemson for the last two years working with the wideouts.

"I am happy for Xavier; he is easily one of the best graduate assistant coaches I have ever had," Clemson coach Dabo Swinney said in a press release. "He is going to do a phenomenal job, and he is so well prepared to go and run his own room. He's great with relationships, is excellent in recruiting, has great technical expertise at the position and just has a really good understanding of the big picture. He's going to be an excellent staff guy."

"I am just so happy for him, and I am happy for West Virginia, because they got a good one who is going to make a very positive impact on their program as they start a new journey under coach Brown."

Previously, Dye was the quarterback coach and offensive coordinator at Woodmont High school from June 2014 to January 2016. He also had a stint as an assistant coach at Western Carolina from August 2013 to May 2014.

During his playing days at Clemson, he caught 28 passes for 412 yards and four touchdowns at Clemson. He was named to the All-State AFCA Good Works team for his outstanding work in the community in 2009.

As a personal note, I have spent some time with Dye as he is a fun guy to be around and I wish him the best on his exciting job opportunity at West Virginia.