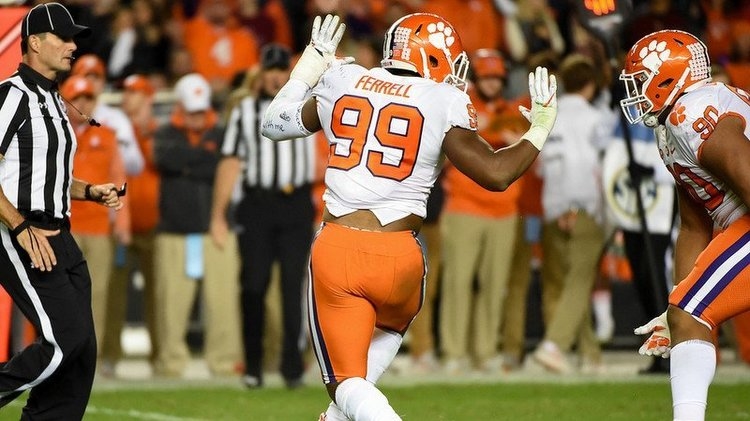 TigerNet's David Hood asked Ferrell if there was a possibility of him returning for his senior season to Clemson.

Most NFL mock drafts have him in the first 20 picks of the 2019 NFL draft.

Individually, he had five tackles including two sacks and a pass-breakup against Duke.

“I didn’t want to take this moment for granted. It was just a great experience.”