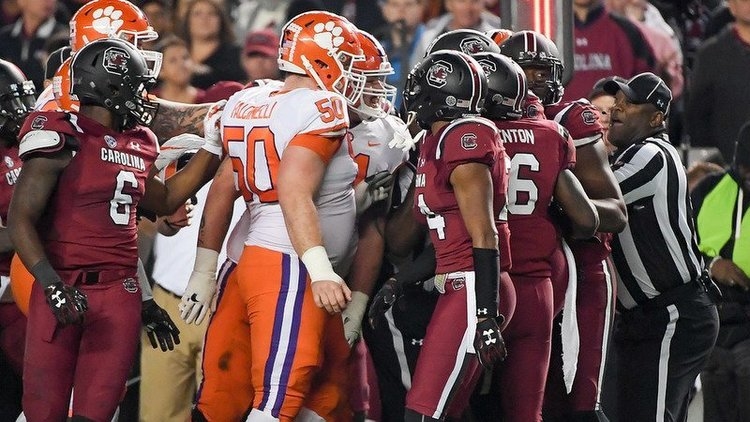 It's rivalry week as No. 2 Clemson will face South Carolina on Saturday night.

Clemson offensive lineman Justin Falcinelli knows the in-state rivalry game is a big deal for everyone in the state of South Carolina.

"Coach Swinney says it best. I mean it's a season on its own," Falcinelli said to the media Monday. "It's huge. It's huge for all our fans. It's huge for the whole state so it's just that important that we take each day like a week in the season going forward for how we want to be remembered, how great we want to be."

Falcinelli believes that the emotion will obviously be ramped up for the upcoming matchup against the Gamecocks.

"We try to keep it the same (emotions). Try to do what you do, do our work, and worry about Clemson. We know what is riding on this one and that it is a tough and emotional game. There is some excitement around it."