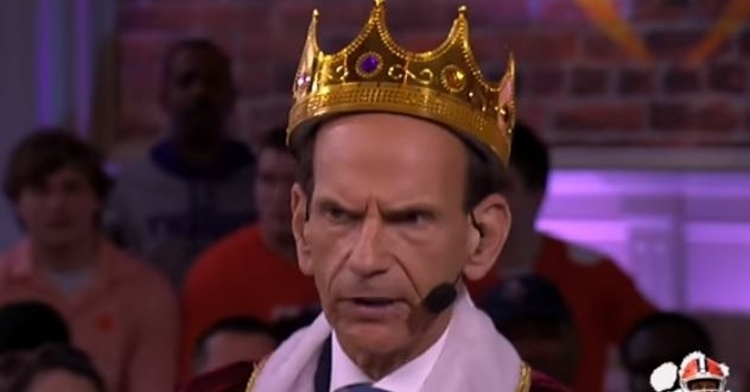 ESPN analyst Paul Finebaum is a master of hot takes and trolling fanbases. On Monday's episode of ESPN's 'First Take,' Finebaum wore a king's crown and called himself the 'King of the South.'

“I would give him my crown,” Finebaum said if Dabo Swinney won another National Championship.

'King Finebaum' offered his prediction for the game.

Stephen A. Smith picked Clemson to win the title tonight.

It's time to pick CLEMSON! I'm picking them to win tonight!!!! pic.twitter.com/aRSNJKPA1g