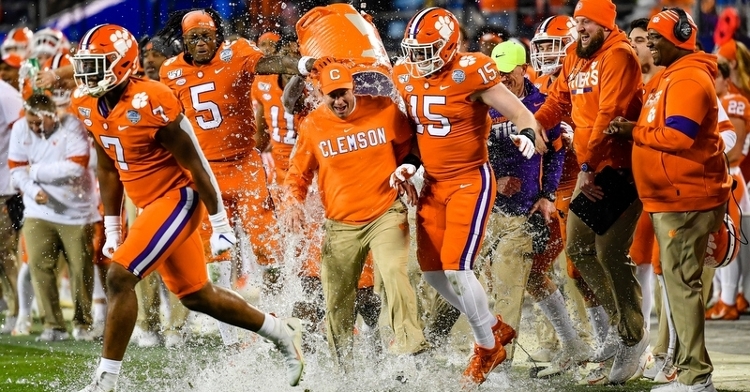 Clemson head coach Dabo Swinney was on the NFL's Move the Sticks podcast on Sunday talking about what makes Clemson's culture so special.

"Relationship, love, you know," Swinney said. "We serve their heart and not their talent. Our program is about what's best for the players. You know, now sometimes what's best for the players the players don't like. There is an old saying, 'Rules without relationship leads to rebellion,' and we have transparency and we communicate — lots of trust and respect and communication. We built a family atmosphere that's very real and genuine. It's not something you can fabricate. We appreciate each other. We teach servant leadership, you know, nobody's better than anybody else."

Swinney wants to graduate players and try his best for them to have a great experience at Clemson.

"How can you brighten somebody's day? It comes down to not just the people involved but the intentions of the people involved," he said. "It's about graduating our players and equipping them with the tools that they need to beon successful on and off the field. It's about making sure they have a great experience and that they win, but it's in that order. As you build a culture don't base it on entitlement. Don't base it on what guys did last year. Base it on today and having that windshield mentality of it's always about what's next. We learn and grow from what's in the rear-view mirror, but there's a reason the rear-view mirror is small and that windshield is big."