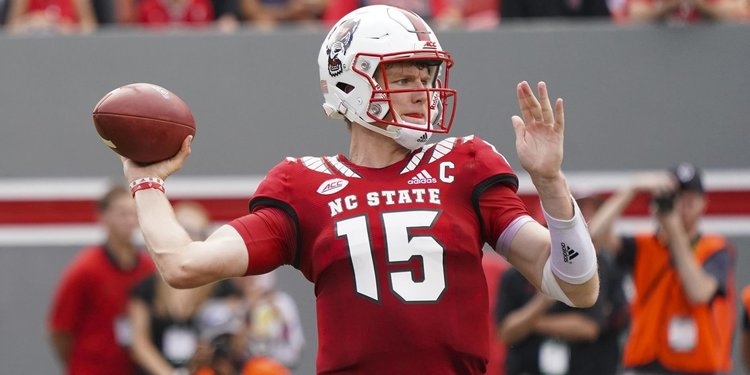 A clash between two ranked undefeated teams No. 4 Clemson and No. 20 North Carolina State will square off inside Death Valley next Saturday.

Wolfpack quarterback Ryan Finley isn't intimidated by Clemson's talented squad and excited about the chance to play them again.

"We’re excited," N.C. State quarterback Ryan Finley said on CBS Sports radio show Tiki and Tierney. "We’re obviously happy to be 5-0 but definitely looking forward to Clemson. I think as a team we’re just getting better week by week, and I think that’s all you can ask for. We’re excited. We’re enjoying our bye week right now, but we’re excited to get going on Clemson."

Finley thinks if his team plays at a high level, they will hand Clemson their first loss of the season.

"I think the bye week has allowed us to do some different things," Finley said. "But Clemson is Clemson. We’re going to prepare for them like any other football team on our schedule. We’re going to watch film on them and see their weaknesses, and we kind of have a philosophy, and I personally do: It’s not really about Clemson. It’s about us. It’s about us executing what we do and what we do well, just doing that at a high level. If we do that, we’re going to beat them. It’s an exciting opportunity to have the bye week before these guys."

Finley is 0-2 in two very competitive games against Clemson.