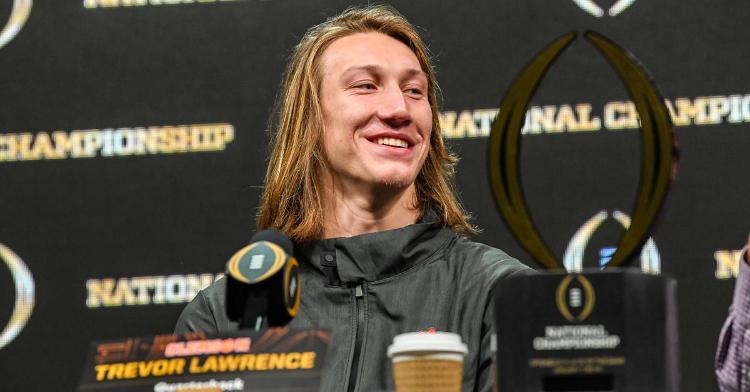 Clemson Football should be in good hands with sophomore signal-caller Trevor Lawrence running the show on offense this season.

National media analysts are glowing about Trevor Lawrence after his remarkable showing throughout his rookie campaign.

Former Heisman Trophy winner Matt Leinart believes that Lawrence has all the talent and intangibles to have another outstanding season in 2019.

“When you have a year like he did, true freshman, win a national championship and the way he did it, you’re a little bit worried about all right now the accolades, now everybody knows who you are, they’re gunning for you,” Leinart said. “But something tells me this kid, he just gets it. He understands it. He’s so composed. He’s so poised. I mean, I’ve never seen a freshman quarterback play like that especially against Alabama in a national championship game and do it against Notre Dame the week before.

“So he’s got a great head on his shoulders,” Leinart said. “Every interview he does, this kid just understands, and honestly he’s a rare talent. We haven’t seen a kid like him in a long time.”

"He just gets it, he understands it... I've never seen a freshman quarterback play like that."@Trevorlawrencee has @MattLeinartQB's attention ??pic.twitter.com/IxiGurfIZ0