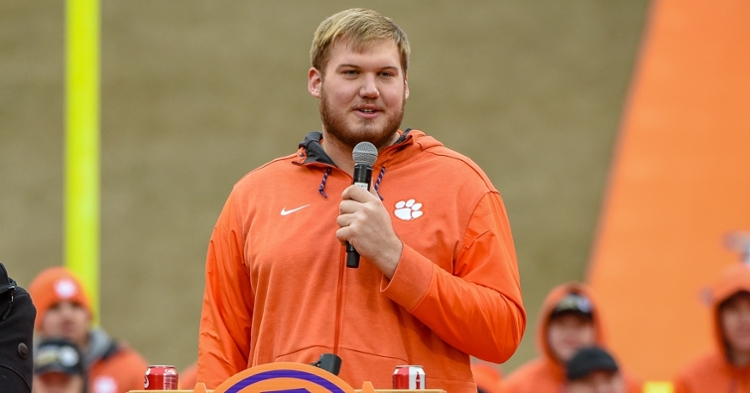 Former Clemson offensive lineman Mitch Hyatt was listed as "waived/injured" by the Dallas Cowboys on Wednesday.

If he clears waivers, the Cowboys can place him on their injured reserve list. Hyatt was carted off the practice field late last week with an apparent right knee injury, according to reports.

He signed as an undrafted free agent with Dallas and was on the Cowboys practice squad before making the active roster last December.

Hyatt was a four-year starter and two-time All-American, who played 3,754 snaps over 58 games (57 starts) in his career. He left Clemson holding school records for career snaps from scrimmage and career starts and is one of five consensus All-America offensive linemen in school history.

The @dallascowboys made the following transactions on Wednesday: