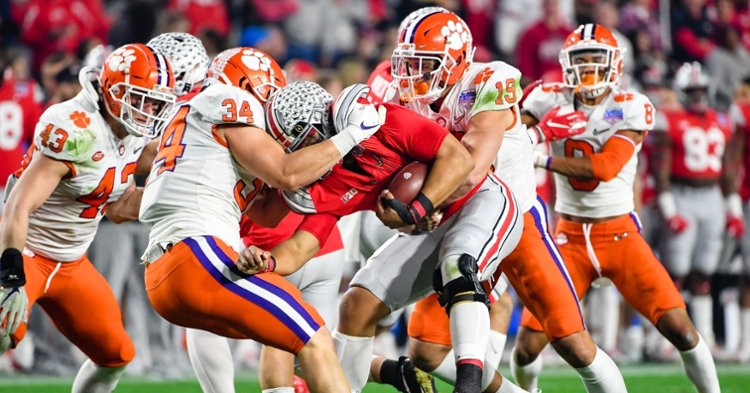 The Clemson defense has been stingy all season

The predictions are starting to be made for the National title game featuring No. 1 LSU against No. 3 Clemson.

ESPN analyst Emmanuel Acho said he is going with the SEC Tigers over the ACC Tigers.

"To me, LSU is on fire right now," Acho said during an ESPN preview show. "Clemson is a very, very, very good team, but I can't bet against LSU at this stage. I think LSU will find a way to get it done."

His ESPN counterpart Ryan Leaf disagreed and is predicting a win for the defending champions.

"I've been riding the Clemson Tiger train the whole year," Leaf said. "They have been number one since my first poll in August. They are still No. 1. I spent three days in Clemson, and I drank the kool-aid apparently. They are the best football team in the country. It's a season of destiny for LSU, but we've seen those not have the ultimate destiny. Destiny ends on the thirteenth. Clemson wins this game, and I think they may do it by double digits."

Clemson is currently a 5.5 point underdog in the title game according to several betting services.