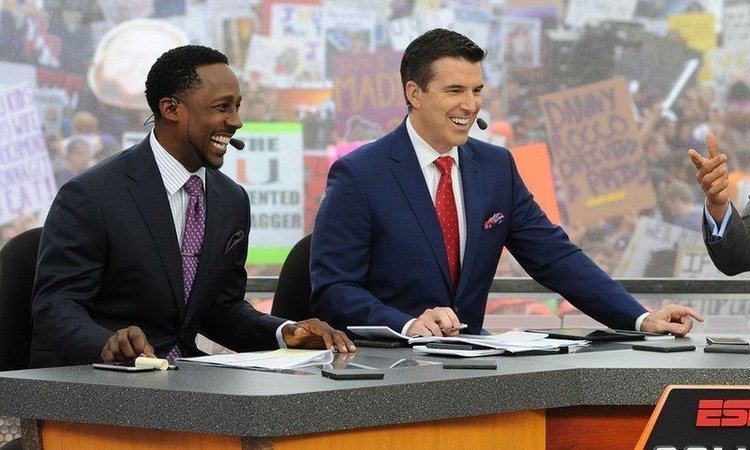 After some doubts in past weeks, Desmond Howard is all in with the Tigers. (USA TODAY Sports-Brad Mills)

No. 2 Clemson hosts South Carolina tonight at 7 p.m. on ESPN and the College GameDay crew weighed in on the matchup.

"I thought they (South Carolina) would have a much better season - getting Deebo Samuel back from injury was going to help them," Howard said. "Jake Bentley has gotten things going the last couple weeks and their offensive line is a veteran group, but that's where it ends. The Clemson Tigers - too much firepower on offense - Travis Etienne, Trevor Lawrence, a true freshman quarterback playing with a lot of poise and confidence. They just have too many weapons. This game is going to get ugly early. Tigers big.

Kirk Herbstreit is on the same track.

"I think this is an example of where Dabo (Swinney) has taken the program," Herbstreit said. "They're not looking ahead to an ACC title game. They're not worried about what's down the road and this is where he has really had them matured with a focus on a rivalry game where people expect them to win by four touchdowns.

"To me, Travis Etienne has a huge game today. I think the running and the throwing with what Trevor Lawrence can do - that balanced attack...I think Clemson wins handily."

Lee Corso didn't offer a pick but talked up the South Carolina offense, adding that "you never know in a rivalry game."