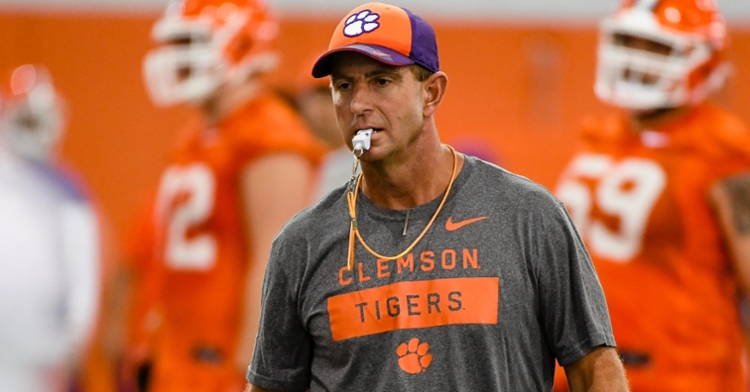 Coming off of a national title season, Swinney is listed with the highest bonuses-paid amount for a Power 5 conference coach ($1.075 million) and he has the second-highest school buyout in college football ($50 million as of 12/1/19; Texas A&M's Jimbo Fisher the most at $60.625 million).

Swinney is set to average $9.3 million over a 10-year period per a contract signed in April. That contract included a provision that his alma mater Alabama would have to tack on an additional $2 million to his $4 million buyout through 2020 and then down to $1 million more through 2027 should they target him as a head coach.

The next highest-paid coach in the ACC is Florida State's Willie Taggart ($5 million), followed by Virginia Tech's Justin Fuente ($4 million). As a private school, Miami was one of eight universities that elected not to provide any contract details.