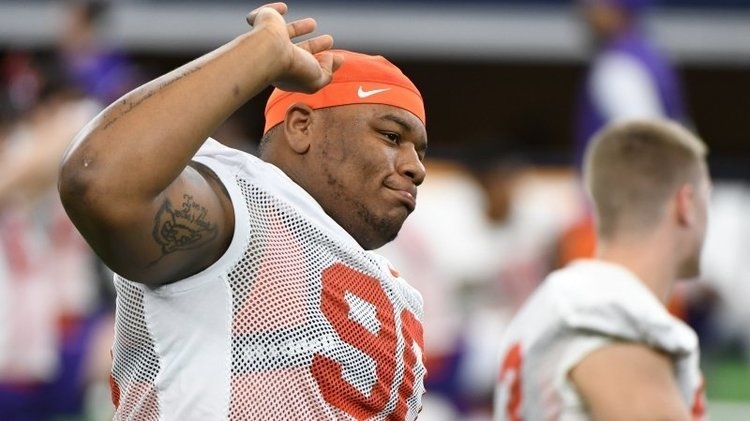 Clemson athletic director Dan Radakovich says Clemson has filed notices of appeal with the NCAA for the suspensions of three football players but that the trio will not be available for the national championship on Monday.

“Clemson will not have tight end Braden Galloway, offensive lineman Zach Giella and defensive tackle Dexter Lawrence available for Monday’s College Football Playoff National Championship against Alabama," Radakovich said in a school statement. "However, Clemson has been informed by the NCAA that the three student-athletes will be permitted to travel to Santa Clara, Calif., with the team later this week.

“As requested by these student-athletes, Clemson filed notices of appeal with the NCAA. We will continue to work with the three impacted student-athletes and their legal representatives over the coming weeks to prepare the appeals. Neither Clemson, Galloway, Giella nor Lawrence anticipate having further comment on this matter until after the appeals have concluded.”

Clemson coach Dabo Swinney was informed of the suspensions originally on the Thursday before Cotton Bowl game week and released that information to the media the next Monday. He said that only trace amounts of ostarine were found in the positive drug tests, which is a selective androgen receptor modulator (SARM).

Lawrence is the only member of the group to go on the record since the test and he said he didn't know how that substance showed up in his system.

"I'm not the type of guy to do a selfish act like that (taking an illegal substance)," Lawrence said. "I have too much pride. I love this team and my family too much to put that type of substance in my body. I don't know where it came from. I don't know how it got there. I was raised different. If I did do it, I would own up to it but honestly, don’t know where it came from and there is nothing I can do anything about it."