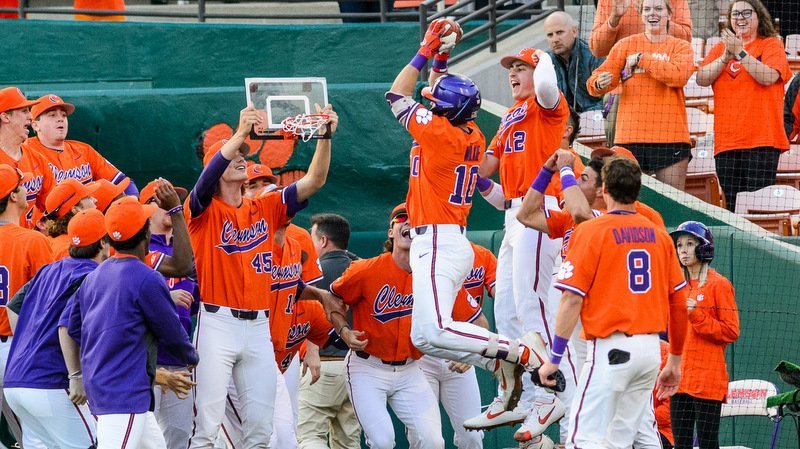 Clemson won two of three over the No. 8 Louisville Cardinals over the weekend.

• Charleston Southern is led by third-year head coach Adam Ward, who lettered as a catcher at Clemson from 2007-09.

• The Buccaneers won one of three games at Longwood last weekend. They are hitting .248 and have a 4.97 ERA and .952 fielding percentage.

• The Paladins won one of three games at UNC Greensboro last weekend. They are hitting .262 and have a 5.90 ERA and .964 fielding percentage.

• The Tigers have answered each of their last 14 losses with a win in their next game dating to back-to-back losses on April 13,14, 2018.

WEATHERLY STRIKING OUT OF BULLPEN

• Sophomore Sam Weatherly has emerged as one of the team's top lefthanders out of the bullpen in 2019.

• He has allowed just one extra-base hit (double).

• He has allowed just 33 hits in his career, good for a .273 opponents' batting average, and five extra-base hits, including only one homer.